Tax on Poverty, Crisis of Education System, and Hierarchy. Why Regional Activists Are against Conscription 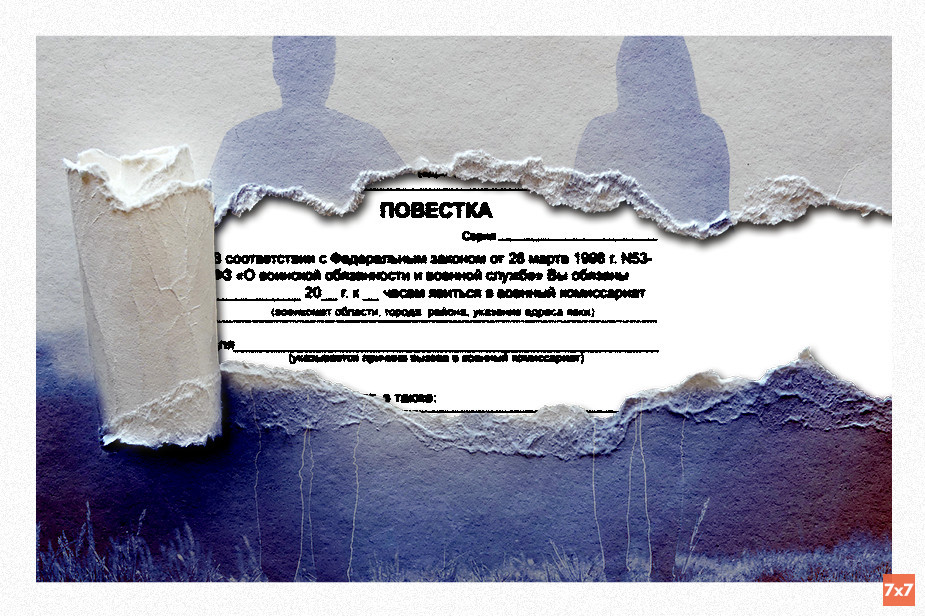 On November 1, the first day of the fall draft, the Vesna movement published an open letter demanding to put an end to compulsory military service in Russia. The motion was endorsed by 29 anti-war organizations from various Russian regions. We asked some of the activists who signed the document to explain why military service should be abolished.

"Conscripts are not ready for real combat"

“Compulsory conscription is an act of violence (physical and psychological) against people and a crime against their freedom. We have always opposed it, but this issue as such has never been at the center of public discussion. This year, the situation has changed, as the problem has become much more serious.

Many conscripts were forced to sign contracts, and some of them were sent to the combat zone even without a contract, as happened with the sailors on Moskva warship.

With the beginning [of the war] the main risk is to find yourself in the fire zone. And get killed. Neither conscripts nor mobilized soldiers are prepared for real combat, they haven’t been duly trained and they aren’t equipped properly. They are being thrown into a meat grinder. There should be no illusion: the authorities know perfectly well what is going to happen to untrained soldiers, but they are still using them in the war.

The best decision today is to avoid any military service whether as a conscript or as a contract soldier. Young men can apply for alternative civilian service using their right to conscientious objection to military service.”

"It's all your own fault"

“In the last 10 years, we had a feeling that everything was fine with our army including conscription. At least it seemed so. Today people are shocked by the way the mobilization is organized, but not us, we’ve seen these problems before. It is just that the current situation made them obvious, and large groups of people can see them too.

What are these problems? Soldiers are being virtually forced to sign contracts, or they are misinformed about the conditions under which they will serve. Another issue is the medical problems among the conscripts. This is a consequence, among other things, of the poor screening process for potential recruits.

Just today I talked to the parents of a young man, 19, who wants to serve in the army despite his health issues, and he has even kept his medical records secret from the recruiters. His parents are worried because even catching a cold would aggravate his illness dramatically. The young man does not quite understand what hardships and challenges serving in the army involves.

The conscription procedure is broken because of the lack of social control, and recruits get in trouble when in the army. Now everything turns out to be their fault. They are left to clean up “their own mess” when they are refused medical care. Their families make desperate efforts trying to protect them from being sent to areas where they don’t want to go.

There are two roots of this evil, the draft system and the lack of public control. Only grass-root initiatives can lead to changes in these practices and convince the government that the draft system is flawed and undermines the country's defense capabilities instead of making them better."

“Our collective position is that this sort of army is inappropriate for Russia. We were of this view even before [the war].

Now conscripts can be sent to Kherson, Donetsk, Luhansk, and Crimea because the Russian Federation has proclaimed these territories its own, which makes despatching troops there legal. This is a very dangerous possibility for every conscript.

And we fight for them. For example, we have a project called “Where Draft Notices in Chuvashia distributed." It is about the situations when young men are requested to show up at a recruitment office for compulsory service, not as part of the mobilization.

In Chuvashia, today, military service isn’t viewed as something terrible. In our republic, we used to have special rites for soldiers which were of a rather sad quality, with special dances and special outfits, something more typical for funerals. In the past, it was only logical because the person was leaving for a long time and maybe forever. But over the recent period, serving in the army has become prestigious, and the sad part of the rite seemed to be gone. But now it is back.

For many people joining the army is the first step in a long career, when an 18-year-old feels like a grownup, but his family doesn’t have money to send him to college. A year of mandatory service remains the only option, and after that young men can join the police, or find a job with the Ministry of Emergency Situations, or some other law-enforcement bodies.

When I went to university, Russia was joining the Bologna process. It turned out that our specialty was not accredited, and they sent us to a recruitment office for a medical examination. There, the guys with rural backgrounds were asked: "Why would you need a university diploma? Join the army.” And they complied. This is something of a tradition. Putin relies on the poorest, and, unfortunately, the more they support him, the poorer they become.”

"Depreciation of the University Education"

“It is obvious to me that education is losing its value in Russia. High school graduates would go to any school, good or bad, free or not, just to avoid military service. As a consequence, the quality of education drops.

Here is what happens to every boy: he is born, then goes to kindergarten, then to school, then in grade 10 he has to show up at the military enlistment office, get registered, and pass a medical exam. The next year, he is at a crossroads. He takes the EGE [Unified State Examination, a series of exams mandatory for Russian high school graduates] and considers his options. I had two: one, that I chose, was in technical sciences; and the other, that I didn’t want, was in humanities. I was lucky as I had the resources to pay for the first few semesters, and then the government paid for me. But not everyone is that lucky. Not everyone wants to study where they can study.

Students with a bachelor's degree then go to graduate school. If you check the number of those who start graduate school and those who finish it, you’ll be very surprised. There are too many dropouts [of school]. Most of those who go to Ph.D. programs simply want to stay in school until they are 27 [the age limit for mandatory conscription].

I was paying the tuition, but I wanted to study that profession, unlike many of my classmates who had chosen this field only because they had enough credits to get [on the government support]. There are plenty of diplomas, but many of them never show up in the marketplace. That scares me.

Most of the students who studied with me while showing no interest in the profession were men. Some were escaping conscription, some chose school instead of Kazakhstan [a popular hiding place from mobilization for Russian men]. But what they all had in common was that they were running away from some sort of coercion."

“We strongly agree with the statement that "compulsory draft is legalized slavery" and with the thesis that conscription is a form of repression. Fortunately, none of my friends or colleagues have been drafted or threatened with a draft. The most notorious case was with Ruslan Shaveddinov, a former Anti-Corruption Foundation activist, who was conscripted because of his work.

In our regional chats, created by "Zetniks," [the letter Z is an official symbol of the “Special Military Operation”] they threaten our activists, including former Navalny team members in Tver, by military service which would set, they say, their minds straight; they want them to be sent to war, be drafted.

Conscription is used by the authorities as a control tool, and this is why it should be ended. They want us to believe that you’re not a true patriot if you didn't serve in the army. In today's Russia, love for your homeland means that you have to take an assault rifle, go into the trenches, and defend something and somebody absolutely unknown to you.

We think that the foremost priority for everyone is the right to make decisions about their lives on their own. Conscription in the Beautiful Russia of the Future will be replaced by a volunteer military system, where anyone, men and women, will be allowed to join the army and serve the nation.”

"The army teaches you to see the world as a hierarchy"

I think this institution needs to be eliminated or reformed because it teaches people to be submissive, and teaches them to see the world as a hierarchy. It is one of the institutions that form an authoritarian type of personality.

Of course, no country can do without an army, and the world around isn’t in a state of non-violent anarchy, but contract service, when a person joins the military voluntarily, is a good alternative. If someone makes a rational choice, I can accept this.

I believe it was Yegor Gaidar who said that 'the army is a poverty tax.' Nobody from the upper strata serves in the army. It is made up of those who can't find ways not to serve, those at the very bottom of our society. There should be no inequality like that, and this is another reason why a conscription army is an unacceptable evil.”