An artist draws a Russian city after a fictional bombing. Here are his Bad Dreams about Syktyvkar 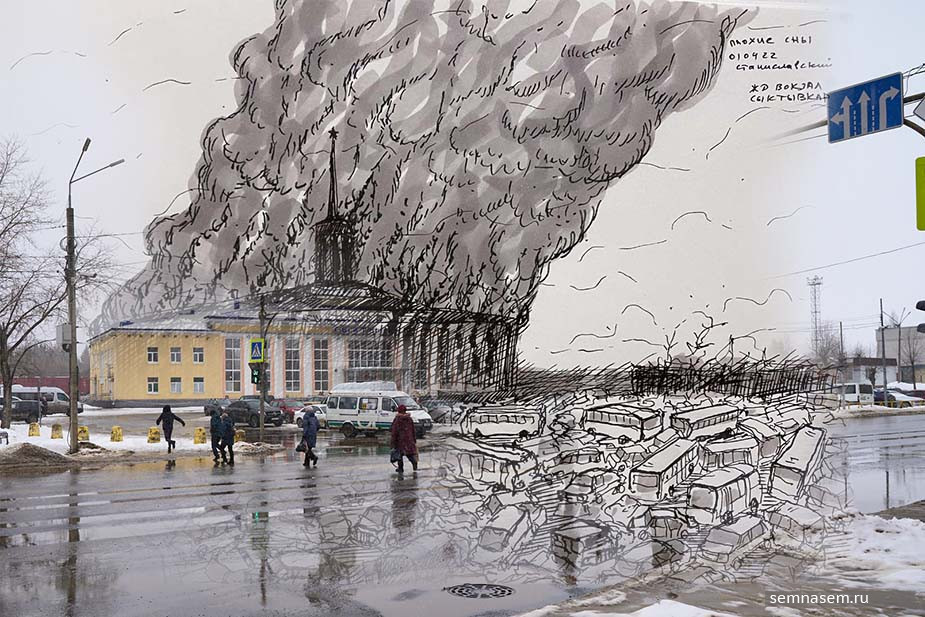 Syktyvkar's landmarks are destroyed; there are many abandoned cars on the roads and no people in the streets. This is how artist Andrei Stanislavsky from Syktyvkar has depicted his hometown in a series of works called, "Bad Dreams". Using his creativity, the artist tries to cope with the events in Ukraine and "step into the situation." 7x7 asked Stanislavsky to provide his drawings for publication and tell their story.

The [Roskomnadzor*] designation hides a word that the editorial team cannot use, as it can violate the legislation of the Russian Federation.

*Federal Service for Supervision in the Sphere of Telecom, Information Technologies and Mass Communications.

"A gray building with two flags collapsed in Stefanovskaya Square in Syktyvkar. There are the ruins of a residential building with a supermarket on the city’s roundabout. The railway station is burning down Kommunisticheskaya ('the Communist') Street — everything looks like in a bad dream in the drawings. Thus, Bad Dreams is how I called a series of drawings in which I depicted the consequences of a fictional [Roskomnadzor] in the city where I was born and used to live. 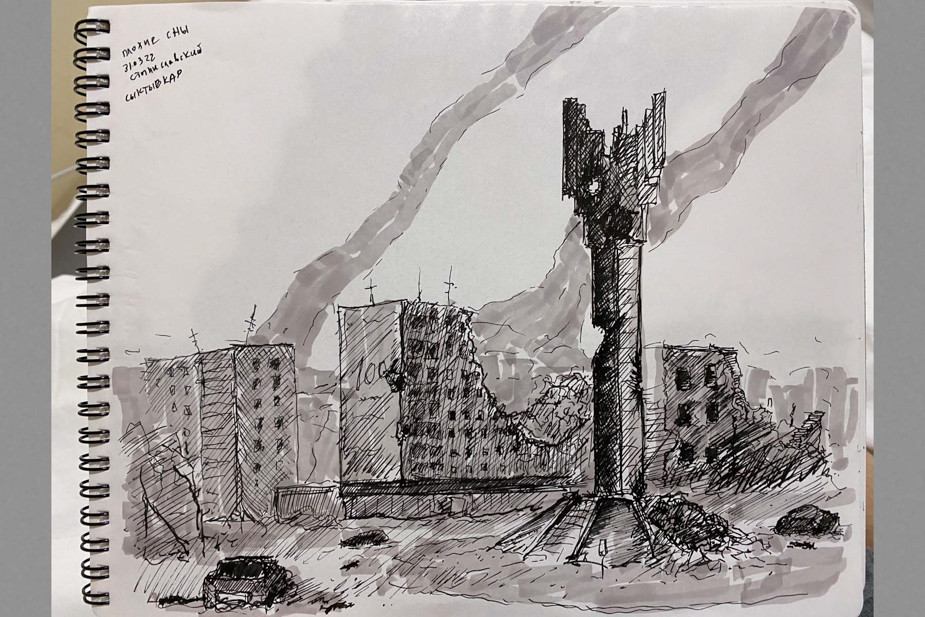 Damaged stele on the roundabout is about to collapse 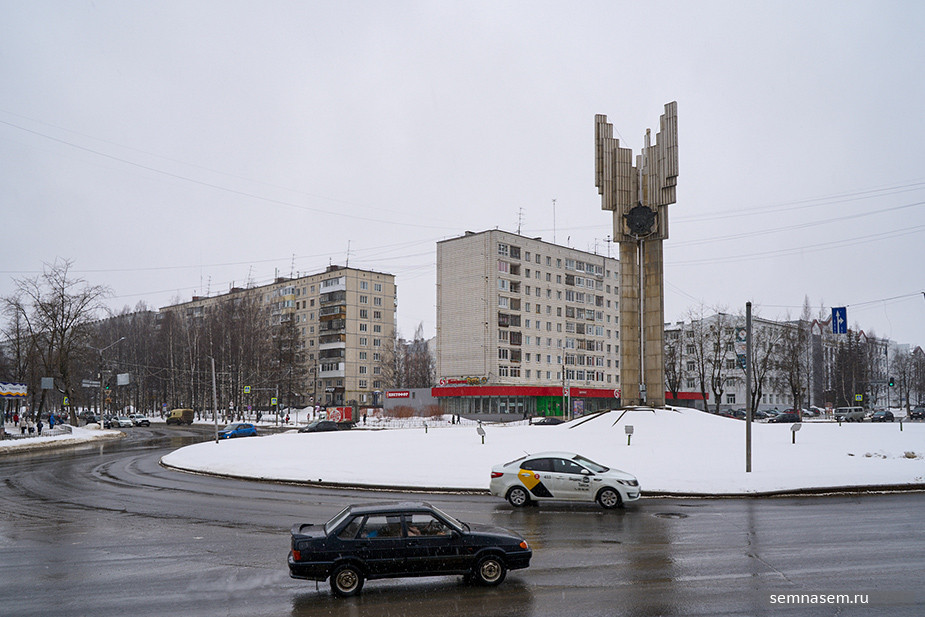 Stele on the roundabout in Syktyvkar. Photo by Pavel Stepanov

Each picture in the series reflects the collision of peace and [Roskomnadzor]. This collision is unthinkable while you live a peaceful life, but inevitable if [Roskomnadzor] does come. Identifying it is easy: it destroys what creates peace.

I have not been sleeping well lately. When you wake up in a cold sweat in the morning, you want to understand what is wrong and get rid of anxiety right away. Drawing helps a lot.

Pillars are the only thing left of the National Library of the Komi Republic. Books are decaying under the ruins; thick smoke is coming from them. Anyone could have attacked the drawn city, even aliens. The aggressor is not visible, only the consequences are.

The bunch of empty cars and buses on the station forecourt looks like a zombie apocalypse.

Someone left an eclair and tea on a cafe table. A broken window overlooks the smoking central pool.

There is an aircraft’s fore-body lying on the illuminated ski-run in the forest behind the Dynamo Base; one can notice the pilots' black silhouettes in the cockpit. Things are actually not like that. It is nice to walk, run, ski and bike there. The plane reminds me of a wounded dog with its head on the ground.

All the images are drawn in gray, there is no fire anywhere, only smoke. Each takes several hours: first, I come up with a place and concept, then I step into the situation for a while, after that I think about the angle and composition, and then I start drawing, and the details appear by themselves. All I need is a notepad, a fountain pen and a marker.

Another drawing of Stefanovskaya Square. A spontaneous memorial and a bulletin board about missing people: photos, notes, candles, a teddy bear. The head of the destroyed monument to Lenin lies nearby. 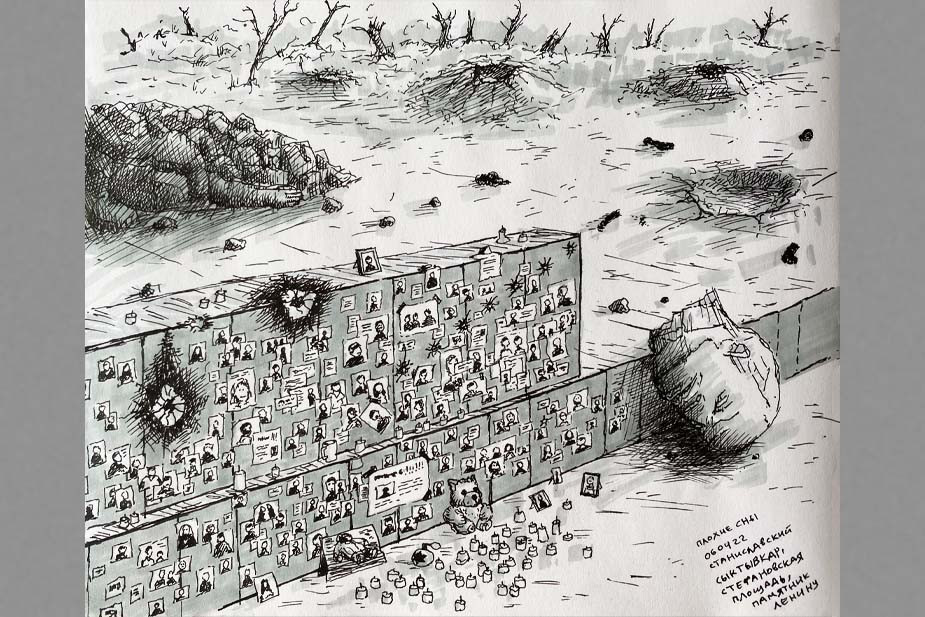 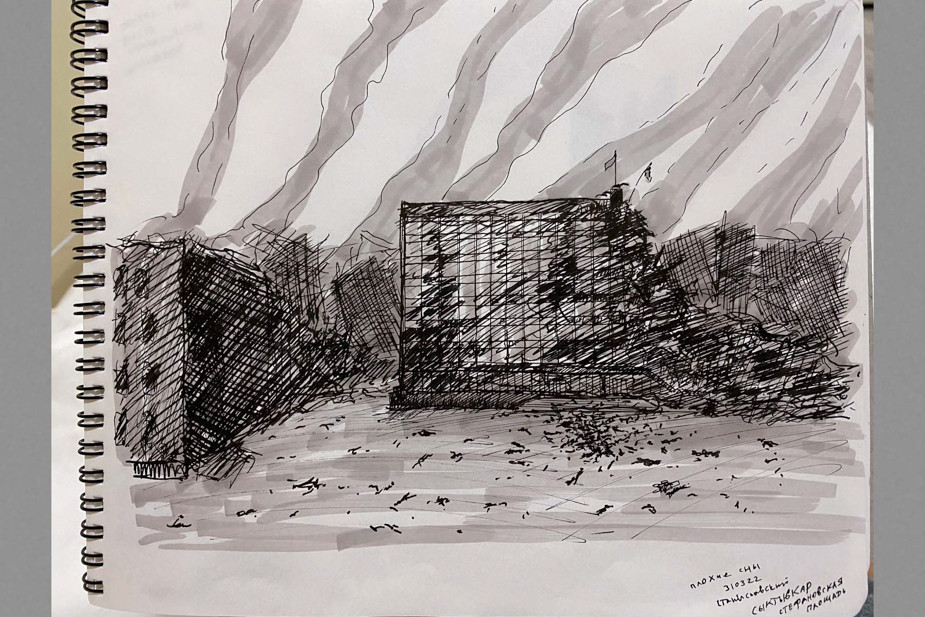 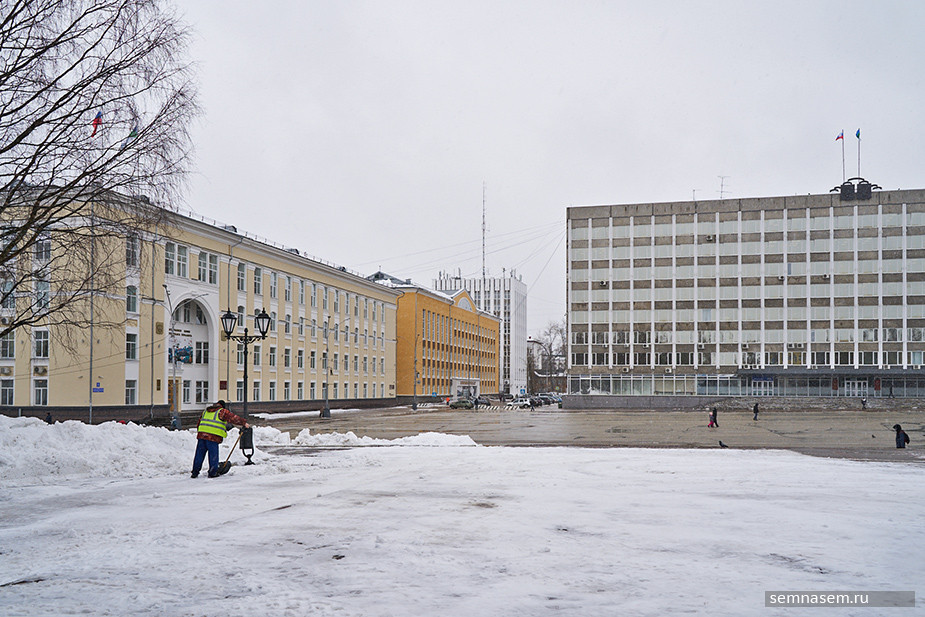 I find it funny that this is the only way I can spare my hometown of the monument to this awful person. Although, it might be better to let it remain there — as a reminder of what happens when a person who has no empathy gains power.

The drawing depicts a giant TV tower having fallen on the nine-storey buildings of the Orbita Microdistrict. One might perceive this as a metaphor for the impact of propaganda on society.

But I had this thought later; while I was drawing, I saw this slow collapse and people in a hurry in the windows like it all was real.

Every drawing helped me understand something new, step into what was happening. When I published my works on social networks, I received several reactions. Some people found them really accurate, some asked me what it all meant. 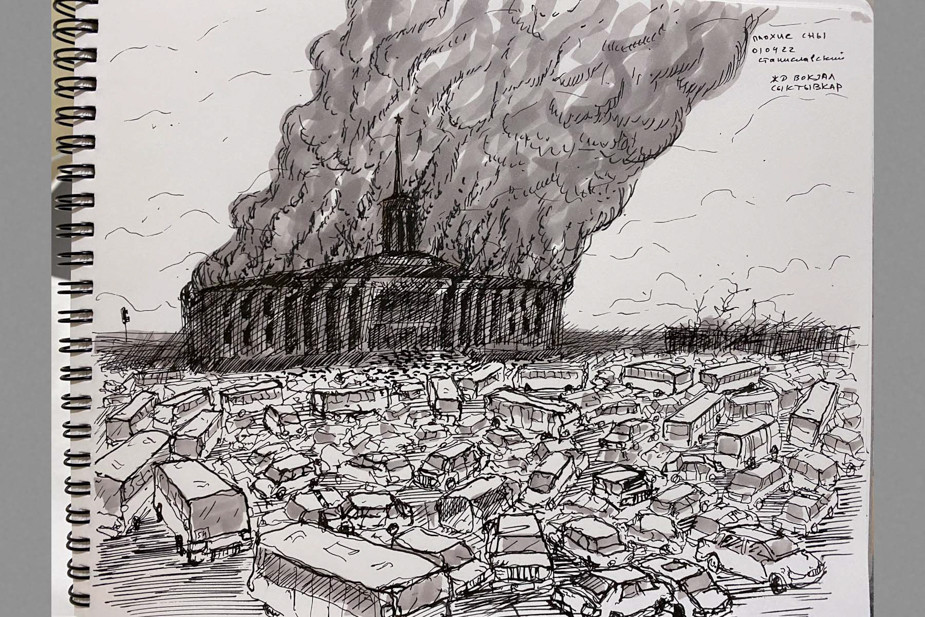 Abandoned cars and buses in the station forecourt 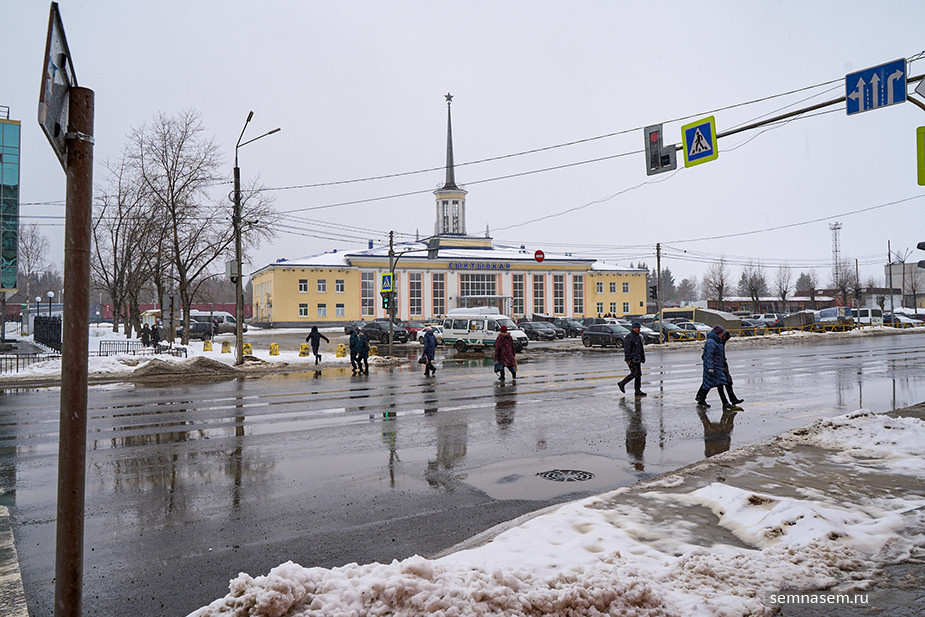 News demonstrate us new evidence of the unfolding tragedy every day: dead soldiers, people in bombshelters, refugees, blown up houses, burned tanks, destroyed lives on both sides of the border that divided people into two camps.

Some of my friends support it, and some oppose it. I hate being lectured, and I do not want to lecture anyone. It seems to me that everyone can figure it out on their own.

An artist has a special tool — something like a safety wear, in which they can enter a volcano's mouth, reactor core, and even helstewl for a while. This is how they can collect data, study, understand the situation from the inside. And show their conclusions to the viewer when they are back."