Let's save the graffiti featuring Solzhenitsyn in Tver

In early October in Tver, on one of the walls of an apartment building, graffiti appeared with a portrait of Alexander Isaevich Solzhenitsyn, accompanied by the inscription "Live not by lies". Because of this, a real war started: some demand that the image of “Judas” and “traitor” be removed from the wall, others ask to keep the drawing.

It is not known for certain what exactly resents the opponents of graffiti: the very fact of “vandalism” or the identity of a dissident writer. Perhaps the phrase "Live not by lies" hurts their eyes. But whatever the motives, attempts to remove the drawing continue.

Recall that Alexander Isaevich Solzhenitsyn is the Nobel Prize winner in literature, his works are included in the school curriculum, and the film adaptation and theatrical performances based on his books are found all over the world.

Even if one abstracts from Solzhenitsyn's contribution to world literature, it is worth noting: the graffiti with his portrait is an excellent drawing that adorns the street instead of the usual obscene inscriptions and links to bots selling drugs. After all, art is the subject of constant controversy and subjective assessments, and therefore must be free.

Now removing of the picture is under consideration.

Sign a petition to save graffiti. Let's protect art together. 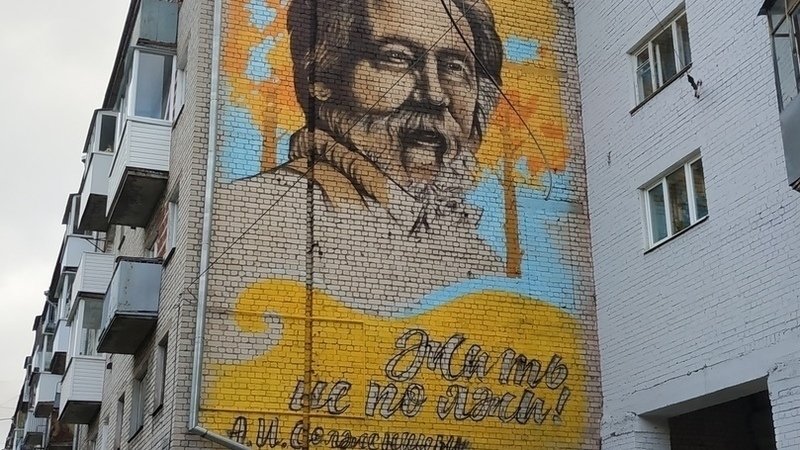