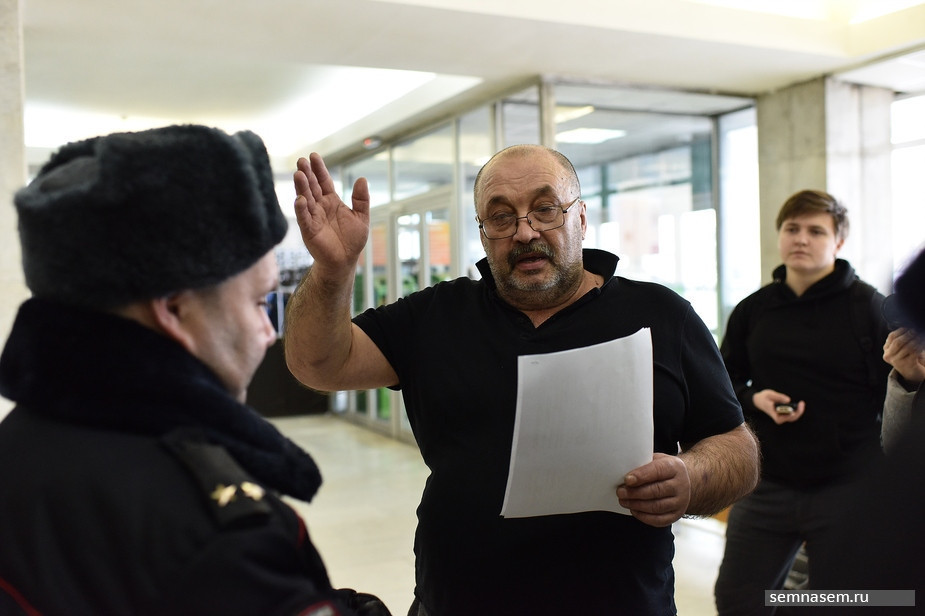 Arrested human rights advocate Andrei Ivashev published a letter in which he spoke about the unbearable conditions of detention in Detention Center 1 of the village of Verkhny Chov. He said that he was being held in a basement, where it was very cold. His statements were published by parliamentary assistant Sergei Belikov.

Andrei Ivashev said that he was in a basement room in Detention Center 1 of the village of Verkhny Chov, where it was very cold. The glass in the window opening is broken, insects are constantly flying into the room. Daylight is on around the clock, and it is constantly noisy. Parliamentary assistant Sergei Belikov asked the head of Komi, Vladimir Uyba, to check the conditions of detention in the republic's detention centers and correct violations.

At the same time, Lyudmila Sukach, the secretary of the public council at the regional Ministry of Internal Affairs, said that human rights advocate Ivashev was lying in his letter. According to her, the public oversight commission checked his conditions of detention and found no violations.

Andrey Ivashev is a well-known civil activist and human rights advocate in Syktyvkar. He had held a series of one-person pickets in defense of Article 31 of the Constitution, which guarantees freedom of assembly, rallies, pickets, and processions to every citizen of the country. Ivashev has repeatedly criticized the regional authorities, namely the head of the republic, Vladimir Uyba. The activist, along with other social activists, called on the president to remove the official from office.

In December 2021, FSB officers detained Ivashev and searched his separate house. He was charged with two criminal articles at once: incitement to hatred and contempt of court because of comments in social networks.

In February, he became involved in another criminal case — calls for the murder of Vladimir Uyba. At first, the court appointed him a restraining order, and in March, decided to arrest him. In June, Ivashev's arrest was extended until January 2023.