Activist from Komi is fined for leaflets against the special operation 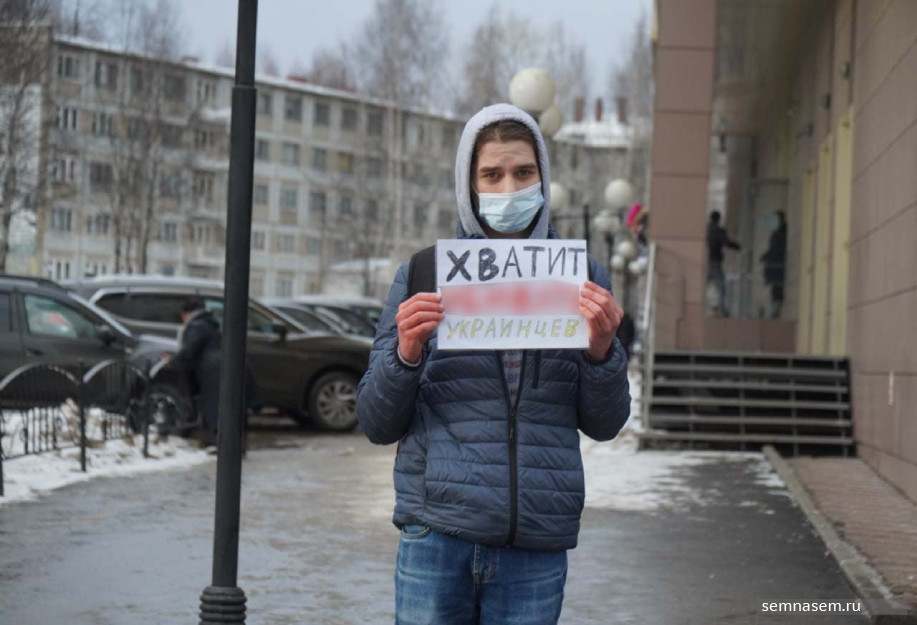 The Syktyvkar City Court fined Andrei Tarabukin for 35 thousand rubles under the article on discrediting the Russian army. The activist was spreading leaflets against the hostilities in mailboxes. He informed 7x7 about the fine.

Andrei Tarabukin was charged with Article 20.3.3 of the Administrative Code of the Russian Federation. At the end of March, the activist was spreading leaflets against the hostilities in Ukraine. The police identified him from cameras and detained him. Tarabukin said he was going to appeal the fine.

This is the second time Tarabukin was sentenced under the article on discrediting the military. The first time, the court fined him for 30 thousand rubles for going out with a poster against the special operation on March 13.

On March 4, Vladimir Putin signed two bills at once — amendments to the Criminal Code and the Code of Administrative Offenses. In the first case, liability is incurred for discrediting the military, spreading fakes and calls for sanctions against Russia. The new article on an administrative offense repeats the criminal one on the armed forces (Article 20.3.3).

The first fine under this article was imposed on Maxim Murashka from Kemerovo Oblast — 60 thousand rubles. According to the police, he called on participation in an uncoordinated rally in social networks.