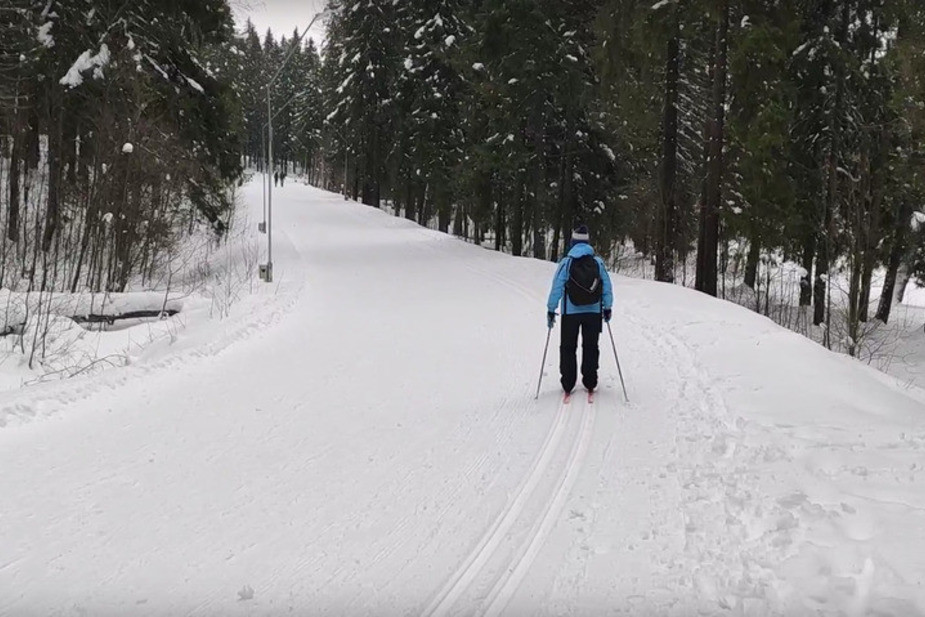 A screenshot from a video about the mound’s natural area. Source: https://vk.com/zelenyi_ptz

Residents of Petrozavodsk have begun collecting signatures against the development of a mound’s natural area. Activists demand that the mayor of the city and the Head of the Republic of Karelia include the place where the Red Book animals live in the recreational zone. The authorities are planning to build a ski and biathlon complex there. This was reported in the Let's Save Trees and the Green Path in Petrozavodsk Community on vk.com.

Residents of Petrozavodsk have begun collecting signatures to appeal to Vladimir Lyubarsky, the mayor of the city, and Artur Parfenchikov, the head of the Republic of Karelia, with a request to stop the construction of a ski and biathlon complex on the mound’s natural area and not to cut down trees. Activists demand including this place in the list of recreational zones of the city and giving it the status of a park.

Environmental defenders had filed an appeal with the environmental prosecutor's office of Karelia with a demand to prevent cutting down more than 5 thousand trees. They believe that this will lead to environmental problems, since the old-growth fir forest serves as "green lungs" for four parts of the city and Red Book animals live on its territory.

Activists have organized five points for collecting signatures. Residents of Petrozavodsk also went for a walk to the mound on January 23, where they also signed the appeal.

In Petrozavodsk, officials announced the construction of a cluster for the development of winter sports. The authorities plan to organize an access road to the object on the site of the Zelyonaya Tropa (‘Green Path’) Natural Alley. Residents opposed the development and created a petition. They reported that Zelyonaya Tropa was located in the center of four large city neighborhoods, citizens walkes and cyclists rode along the alley. According to them, they do not want to breathe exhaust fumes.

Vladimir Lyubarsky, the mayor of Petrozavodsk, wrote on vk.com that "we could not do without the organization of access roads," but the bike path on the alley would remain there. At the same time, Yevgeny Ulyanov, deputy of the Legislative Assembly of Karelia, discovered that officials had not included an access road to the cluster in the general urban plan of Petrozavodsk. He appealed to the prosecutor's office with a demand to cancel the results of the construction tender.

On January 20, the first meeting of the working party on cluster construction was held in Petrozavodsk. Due to restrictive measures, the authorities could not allow more than 50 people to attend the event. According to activist Daria Kalinina, athletes attended the meeting, and 60 residents of the city watched its online broadcast in the cold in front of the entrance to the building.