Quote of the day. Karelian historian Yury Dmitriev appeals to his colleagues from Memorial* 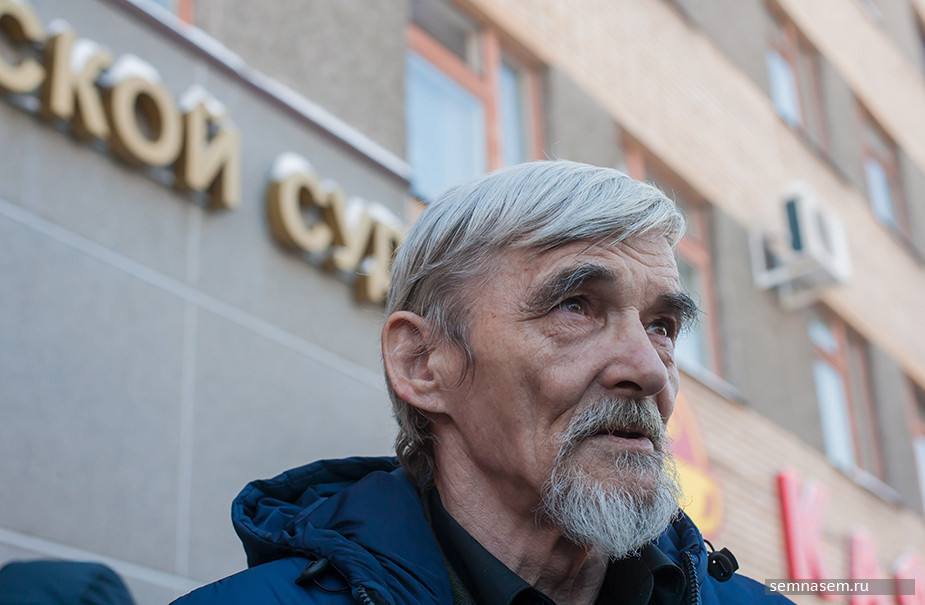 Yury Dmitriev, the head of the Karelian Memorial*, has passed a letter on to his associates after being sentenced to 15 years in a high-security prison for child pornography production, lewd act and illegal possession of weapons. Irina Galkova told 7x7 about this.

Irina Galkova, the head of International Memorial’s* museum, received a letter from historian Yury Dmitriev. He wrote it on December 29, 2021, after the court hearing where he was sentenced to 15 years in a high-security prison and after the annihilation of the Memorial* Organization and Human Rights Center. Since the letter is personal, Galkova published a fragment of it, where the Head of the Karelian Memorial* appealed to all his colleagues.

"I wish you, guys, strength. And I wish all of us wisdom, dexterity and calmness. We will stand, we will survive, we will win. We are Memorial*!", Dmitriev wrote.

Irina Galkova noted that the situation of her colleague was psychologically draining.

"This is not simply an accusation. This is an accusation that has been questioned several times. Of course, this is hard when your fate is in tenterhook. But Yury listened to the verdict calmly. The first thing he said afterwards was that he thanked everyone who came. He thanked his daughter, who could not hold back her tears after the verdict," Irina said.

Sergei Krivenko, a member of Memorial’s* board, also noted that Dmitriev was "brave and invincible." He added that it was hard for colleagues to be without him.

On December 28, 2021, the Supreme Court of Russia annihilated the International Memorial* Historical and Educational Society due to violations of the law on foreign agents. The organization was repeatedly fined for the lack of the label. The next day, the Moscow City Court annihilated the Memorial* Human Rights Center for the same reason.