In Ivanovo, activists held a rally in support of TV Rain* and other foreign agent media 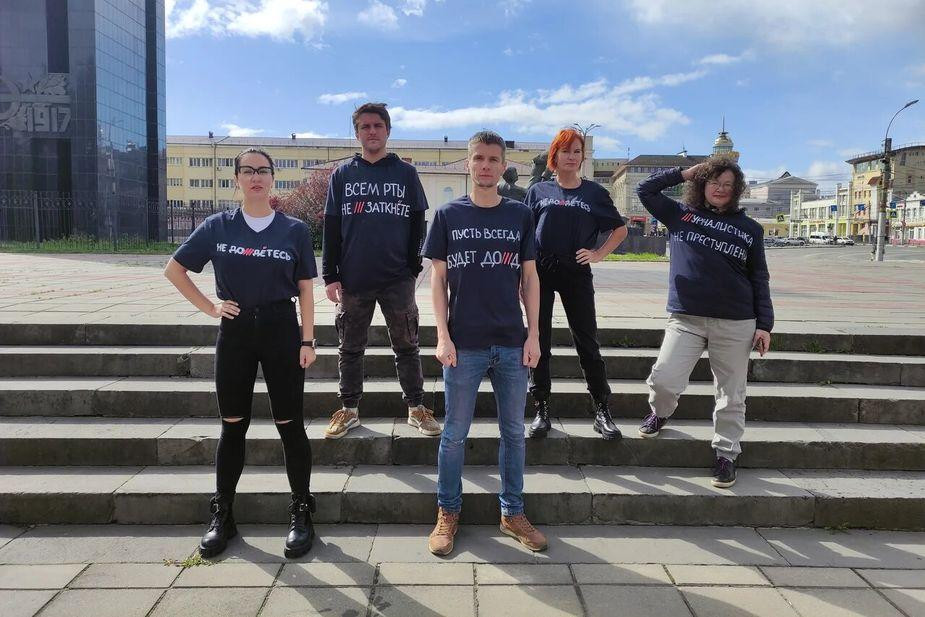 Rally in support of TV Rain, labeled as a foreign agent
Photo by Arina Mozhaytseva

An action against independent media being labeled as foreign agents was held in Revolution Square in Ivanovo on September 5. Activists held one-person pickets and took photos wearing T-shirts with protest slogans. The police were unmoved by what was happening. The participants of the action told 7x7 about it.

The activists came out with a poster "Foreign agents are not journalists and human rights advocates, but placemen who have families, children, villas in the West!". Their T-shirt said, "Fat chance", "Journalism is not a crime", "Everyone cannot be shut up" and "TV Rain* forever".

According to the action’s participants, TV Rain* is one of the largest independent TV channels, and few could have expected that it would have been among foreign media agents.

The activists did not coordinate the public action with the city authorities, for one-person pickets do not require such a procedure, and they were standing without posters together.

"Our activist made the T-shirts. They look very creative, and most importantly, they formally protect us from the claims of law enforcement officers. Because the picket requires agitation in the form of banners and signs. And we were simply wearing clothes," activist Sergei Rimsky, who took part in the action, explained.

According to him, the police did not try to interrupt the protest, the security forces watched it from a distance and did not interfere in what was happening.

On August 20, 2021, the Ministry of Justice labeled TV Rain* and the Important Stories Media Outlet*, as well as seven Russian journalists individually as foreign agents. In previous weeks, Meduza*, VTimes*, The Insider*, and 13 journalists were granted a similar status; there are currently 47 list items in the register of foreign media agents. They include 17 media and related legal entities, 25 journalists, and four LLC companies established by individuals functioning as foreign agent media to submit reports to the Ministry of Justice.

In July, the Prosecutor General's Office labeled the Project Media Outlet as an undesirable organization, and on August 5, MBKh Media and Open Media were closed, their websites being blocked at the request of the Federal Service for Supervision in the Sphere of Telecom, Information Technologies and Mass Communications because of their connection with opposition politician Mikhail Khodorkovsky.