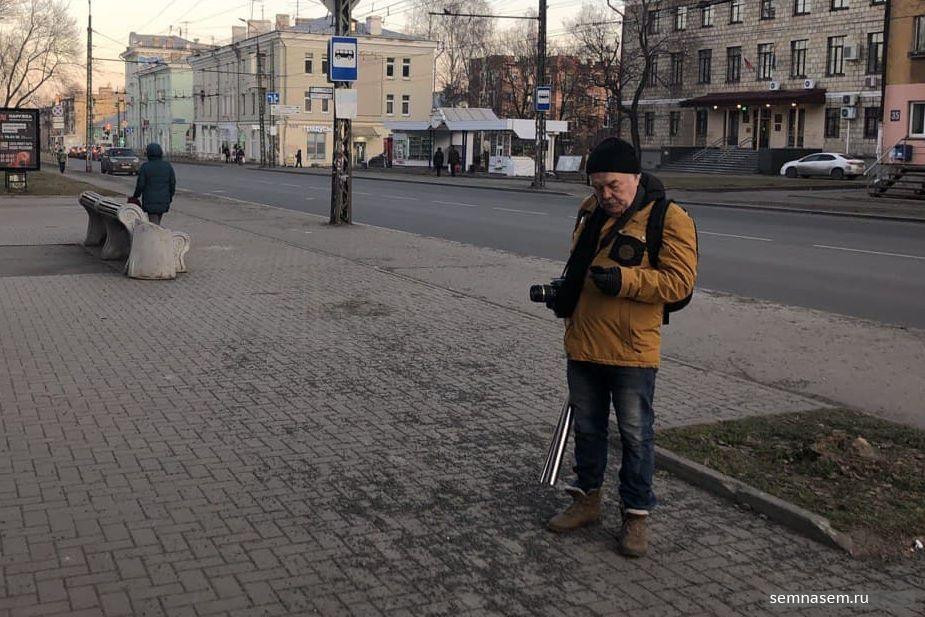 Alexei Trunov
Photo by the author

Karelian blogger Alexei Trunov was detained in Petrozavodsk on the afternoon of May 8. He told the correspondent of 7x7 about it by phone.

Trunov said that a protocol had been drawn up against him for arranging a public event without notice (Part 2 of Article 20.2 of the Administrative Code). Earlier, he wrote several posts on social networks, in which he invited townspeople to support the veterans of the Great Patriotic War and discuss the problem of the Nevsky Passazh shopping center illegally attached to the residential building, the demolition of which the residents of the house have been seeking since 2010, on Victory Day. There are veterans of the Great Patriotic War Nikolai Bakinov and Vladimir Dmetsov among them, who protested against this by handing over their medals for the 70th anniversary of the Victory, as well as going on hunger strikes and holding one-person pickets many times.

“They are taking me to Repin Street, to Sulazhgora [the Ministry of Internal Affairs’ detention room], for the whole night. They will do anything now not to let me attend the action,” said Alexei Trunov.

He added that the action he had announced in social networks had been supposed to take place on the territory of the shopping center, according to the law, it did not require approval, since he invited house residents to the meeting.

Update May 9, 12:30 p. m. The correspondent of 7x7 reported that the court had sentenced Alexei Trunov to a day of arrest. Taking into account the night spent in the Ministry of Internal Affairs’ detention room, he will be released before 5 p. m. on May 9.