Ties to the Soil. Six independent regional media outlets that have refused to leave Russia 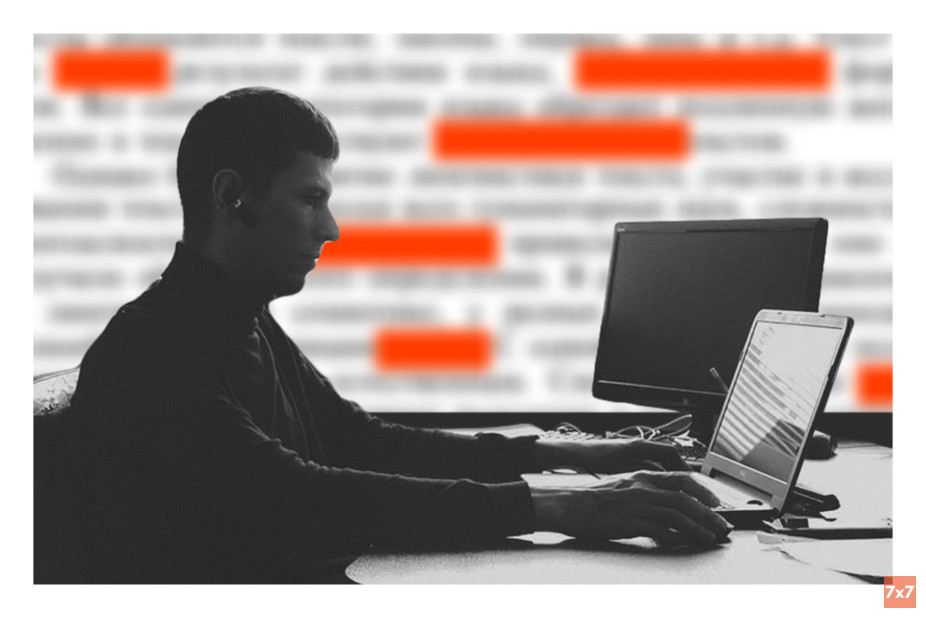 Illustration by 7x7 based on a photograph by Vladislav Postnikov

Since the bloodshed in Ukraine began and tough military censorship was introduced in Russia, numerous media outlets have been shut down and many journalists have left the country. According to Roskomvoboda, more than 5,300 sites and links had been affected by military censorship by the end of July. However, there are still regional media that provide their readers with more comprehensible information than what they find in the Defense Ministry summaries. Heads of six media outlets from different regions of Russia explain why it is important not to lose touch with the "soil", how to work under censorship, and what stories their audiences need.

What has changed after February 24. The most important thing [after February 24] was to decide on the format in which we could continue and whether we could continue at all. The situation had changed; we found ourselves in the middle of a huge minefield. But you either keep working and talking, or you fold your hands and do nothing, which means you either shut down your office or leave. My team and I decided we better do something. But in February, we had to explain to our audience that now there were some things we couldn't talk about anymore.

We didn't leave Russia. I may disagree with some things, but I have my audience, and I think that we have to work right here. Otherwise, you lose context, and you start speculating, without fully understanding how the audience sees things. When you're hundreds of miles away from the place you're writing about, it becomes hard to understand the [people's] pain.

Recently, one of our journalists was observing a woman picketing by a government building with a placard that demanded timber for the military. Our employee was right away approached by the police and informed about an anonymous complaint about her comments to Dozhd TV and that there was an investigation underway. The next day, a policeman visited our office with another complaint against us, this time because of an old story based on open sources about Belgorod residents who had died in the special operation. Allegedly, we had disclosed some secret data. The police conducted checks and decided to rise neither a criminal case against our employee nor an administrative case against our organization.

Important stories to pursue. It seems to me that it is human lives that make important stories, regardless of whether the journalist is in Russia or not. Human lives must not be neglected. The pain of a family that has lost a member is still a pain, and it is imperative to talk about it because otherwise, we will come to judgments like "with 300,000 mobilized it is like one nut out of a package." Human life cannot be compared to a peanut, a Tic Tac, or anything else.

Important stories to read. Choosing sources is difficult right now. Many media simply aggregate information and you come across multiple copies of the same story. And there is less unique content. I think we have to look for unique information. Even if a certain source or content is alien to you, but you want to understand what's going on in people's minds, you have to go to different sources, and different unique opinions, whether you share them or not. You have to understand the true meaning of the state media messages, as well as what independent sources are telling. This way, the picture will be more complete, and your opinion will be based on more arguments.

It's My City. Yekaterinburg

What has changed after February 24. Most of our team stays in Russia, it's only our publisher Dmitry Kolesev (he has been declared a "foreign agent" and wanted by the police) and I who have left. It is great that we still have people in Russia who are not afraid of doing journalism. We had a website, but in March Roskomnadzor blocked it, for allegedly spreading fake stories about the army. Now our main platforms are social networks.

It has become more difficult to work, not every government agency knows if they are allowed to comment on blocked media. The military has stopped returning our calls because they consider us a blocked anti-Russian media outlet. Thank God, we still have our registration certificate, which allows us to work at protest events.

Important stories to pursue. Along with the mobilization, victims of the special operation, and the mess with the draft, as a regional media, we must write about what is happening in our city. Various initiatives and projects, all have to be covered. The people who worked hard to improve the city and then left [the country].

Before the war, we positioned ourselves as a media outlet that writes about local activists who were trying to change the environment with their initiatives. That could be fighting illegal parking or protecting parks and squares. And now, as we can't talk about the war, we continue to follow those projects. It's important to let people take a breath from tough news.

Important stories to read. You have to find a balance between different sources. Otherwise, there is a risk of slipping into a bubble from where you can't see the whole picture.

What has changed after February 24. In general, nothing has changed in our work. Except for those [legislative] restrictions that now apply to the new content that appeared nine months ago. On other topics, we keep writing as before. It is politics, corruption, and conflicts between ordinary people and the authorities. We have lived in different times but never changed our agenda because of censorship restrictions.

Important stories to pursue. I wouldn't give any advice about what one should or shouldn't write about today. The only thing important is to write professionally and honestly. For instance, a sports journalist should not suddenly start writing about politics. But even in the areas like sports, there is a lot of pressure or bias. And if someone writes on their preferred topic professionally, accurately, and independently, they should continue to do so.

Important stories to read. It makes sense to look occasionally at sources different from your moral choices. Knowing alternative points of view and different angles of looking at things is important.

One should make an effort once in a while and look at how others write on topics of your interest.

What has changed after February 24. Our work has been affected greatly by the "special operation" censorship laws. To protect our organization, we decided in March not to write about what was happening in Ukraine, even if it concerned Yekaterinburg and the Sverdlovsk region. Simply because under these laws we couldn't cover the situation objectively, and of course, it was unacceptable for us to cover the situation from the Defense Ministry position which would make us another propaganda media.

But still, in April and May, we started being harassed with all sorts of legal complaints, including fines for "discrediting the army:" 350 thousand rubles [about $5,000] for our publisher and 100 thousand rubles [$1,500] for me.

We had thought about immigration but decided against it because even with the new laws, it is still possible to raise some issues and help in resolving them. Leaving Russia would break our ties with the soil, and it would be very hard, without journalists in the field, to find the right topics and cover them fairly.

Important stories to pursue. Journalists in Russia, I think, have to write about what ordinary people are experiencing. To write about politics can those who have left Russia, and there are lots of high-level professional journalists to do that job. But our people need information about the problems that are affecting them immediately.

Important stories to read. Along with the independent media, one has to pay attention to different points of view. Also, I think it is important to read about history, World War II, and earlier periods. Because there are lots of parallels with what's happening today. This might help open people's eyes to current events.

What has changed after February 24. We work in Russia, improving our website and developing our Telegram channel. What we do is now affected by legal restrictions, which we have to take into account. We have to respect these new laws, so there would be no pressure on us because of them. Some publications in local anonymous Telegram channels accused us of "Russophobia," and I consider them as an attempt to put pressure on us. Since March 1, almost all our partnership programs have stopped, and our revenue has decreased sharply. For a few months, we kept afloat thanks to our past earnings. We even managed to preserve almost our entire team. But since March 1, when the site was shut down, it is no longer a business, it's a mission.

Important stories to pursue. It's all written in the history of humankind.

It is worth continuing to investigate and record testimonies of the people who are dramatically involved in these historical events. This kind of story is very important for future reflection on what is happening today.

Personal stories of people involved in dramatic events, especially this year, testify to how ordinary persons become heroes or martyrs under extreme circumstances. But on the other hand, these facts as a whole speak of the dehumanization of society and disrespect for human dignity and the individual.

Important stories to read. To avoid getting overwhelmed by reading various news feeds with the current day chronicles, I would advise reading spiritual literature, where each can find their answers to many of today's existential questions and challenges.

What has changed after February 24. Some of our editorial staff is now outside of Russia, but some others have stayed home. Before the war started, we traveled to villages and settlements in Irkutsk Region and Buryatia, writing detailed stories about people's lives far away from big cities. After February 24, we couldn't ignore what was going on and began writing about how people were experiencing the war and its consequences.

On April 16, 2022, our magazine's website was blocked without a warning. We filed a lawsuit demanding for the blocking to be lifted, but the court denied our request. Moreover, even today, we still don't have a clear explanation for exactly what materials and phrases we were punished for. We can only speculate about that.

Important stories to pursue. We think it is important to write about how people in Russian provinces are experiencing the impact of the war. How feelings about the special operations are changing, who gets punished, and what for if they express a position disapproved by the authorities. It is important to record what is happening. These materials are chronicles of historic events.

Important stories to read. For me to understand what is happening is impossible without being "inside the event." Otherwise, I wouldn't be able to convey the details accurately. But that's on the one hand. On the other hand, I try to see what is happening as a segment of history, as something that had its prerequisites and will have consequences, both for me personally and for my country. That's why I turn once and again to historical chronicles and anti-utopian novels, like George Orwell's "1984."