"When they say that war leaves a scorched earth, you do not have to imagine a big fire." How the special operation in Ukraine will affect Russia’s environment and wildlife 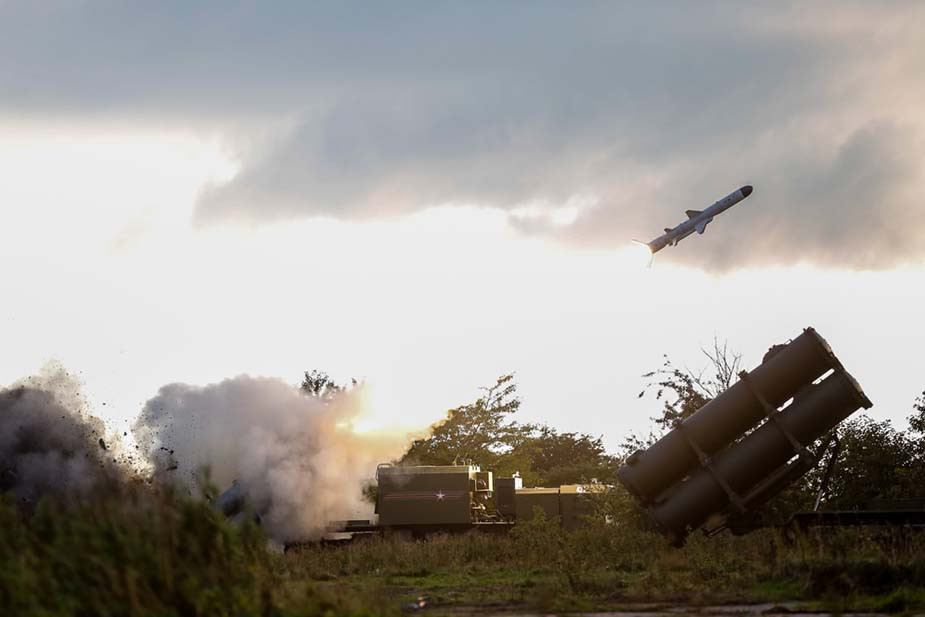 Residents of Voronezh started noticing wild animals like foxes and wild boars in the city in the spring and summer of 2022. A roe deer ran along one of the central streets on June 16; a week later, a young fawn did the same thing. Anxiety from explosions and moving military equipment might be one of the reasons for them to come to cities, experts say. According to them, nature has no administrative borders, so rivers and seas, animals and birds — the whole environment of Russia will soon feel the consequences of the special operation in Ukraine. Read 7x7’s text to learn how harsh they will be.

Why wild animals come to cities

According to the UAnimals Civic Organization, the armed conflict has already covered 2.9 million hectares of Ukraine's nature protection areas. But nature has no administrative borders, says Alexei Vasilyuk, Chairman of the Ukrainian Nature Conservation Group's Board. In his opinion, cannonades endanger animals, including in Kursk, Belgorod, Voronezh, and Bryansk Oblasts. During military operations, animals die from exploding bombs and mines, in fires and man-made disasters. Noise might have a strong impact on them, adds Veronika Matyushina, Head of the Fenix (‘phoenix’) Center for Rehabilitation of Wild Animals in Kaluga.

“They are simply horrified by fireworks, and then imagine how loud shooting and exploding bombs are. Of course, there are also loud noises in nature. For example, wild boars are used to shots because of the constant hunting for them. But gunfire can cause cardiac ruptures in some small creatures.”

An animal frightened by peal can run up to 1,000 km. However, residents of Voronezh do not necessarily see foxes and roe deer in the city due to the special operation.

“Foxes have already become quite permanent residents of Russian cities. British and American people do not faint when they see foxes. As a rule, deer, roe deer, and moose come to cities by accident. For example, elk cows drive one-year-old calves from their territory before a new calving in spring and early summer. Deforestation, agricultural land development, or other human factors are frequent reasons for leaving,” says Matyushina. 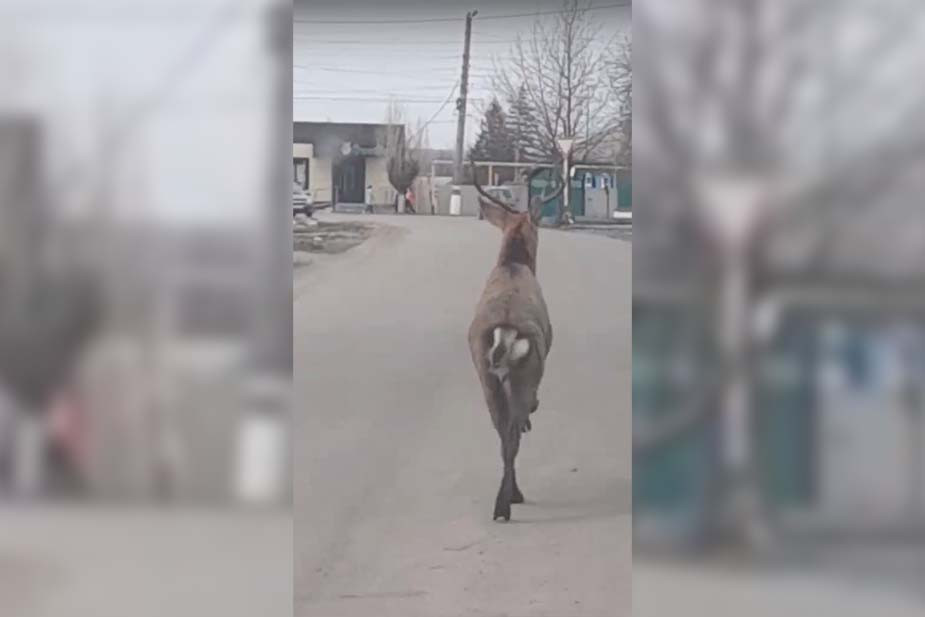 Deer in the city of Buturlinovka, Voronezh Oblast, April 2022. Screenshot from the Buturlinovka OnLine Community's video on vk.com 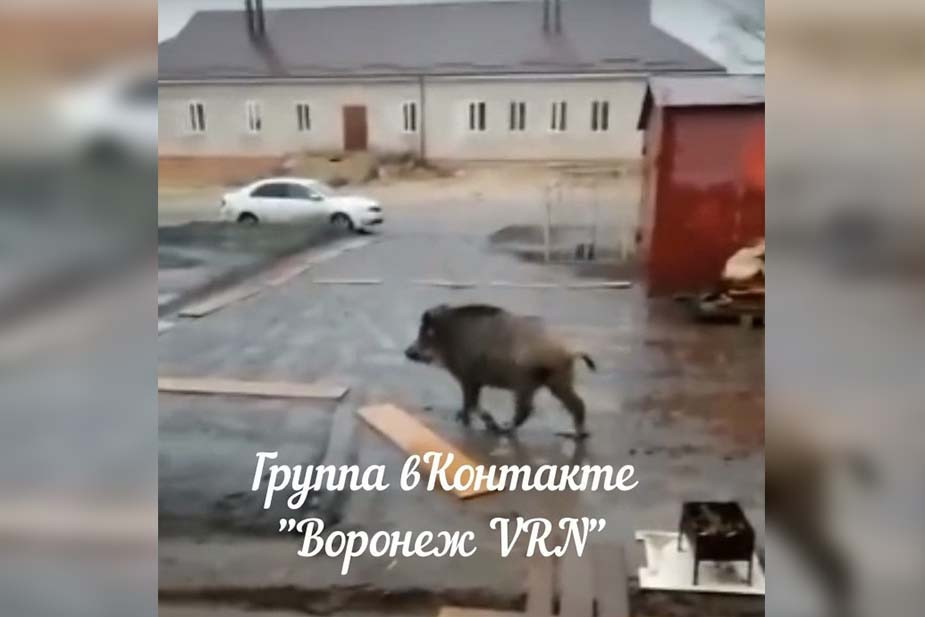 Nevertheless, according to Valeria Averkieva, President of the Russian Biological Society, animals’ rutting cycles change in combat zones due to stress. In this case, they can go out to settlements and even attack people.

Evgeny Simonov, Doctor of Sciences in Nature Conservation, high achiever of nature conservation, argues that military actions can change the direction of transfrontier transport of diseases’ pathogens contagious to humans. This happens due to the atypical directions of animal migration and their movement to densely populated places.

Thus, 12 cases of rabies were recorded in Belgorod Oblast at the end of June — this already exceeds last year's threshold. The chief veterinary officer of the region assumed that wild animals infected with rabies were moving into the region from the borders because of the special operation. They may pose a threat to both humans and domestic animals and livestock.

Why birds are silent

Birds may suffer the most in the conditions of a military conflict. Routes in civilian and service aviation are usually laid bypassing the "bird roads", Veronika Matyushina said. But the special operation changed their migration paths. Flying from a danger, birds can accidentally get into passages for airplanes, which can lead to tragedy.

In the spring, the Bryansky Les (‘forest in Bryansk’) Reserve, which is located near the border with Ukraine, could not keep records of owls, said the reserve’s founder and first director Igor Shpilyonok. Due to plying military aircraft, owls hardly performed a seasonal mating ritual.

"Even tawny owls [a genus of birds of the family Strigidae] (there are many of them in the reserve) were silent despite this major sound pollution. It was the first silent spring in three decades I have been observing owls," Shpilyonok said.

There is only one advantage for birds in the current situation. In Bryansk, Kursk, and Belgorod Oblasts, spring hunting for feather game was banned in 2022 due to the likelihood of accidents and for the sake of peace of refugees from the LDPR. The environmentalists interviewed by 7x7 believe that this is an undoubted benefit for birds, although one season is not enough to increase populations. According to Veronika Matyushina, there is little food and the climate is changing rapidly in Russia’s border areas, and explosions and the sound of plane motors scare birds even more.

In her opinion, if the special operation lasts for a long time, Russia may lose species that are already struggling to find food. For example, these are black storks, rodents, and small ungulates. They can leave the territory uncomfortable for them forever.

In addition, tracked military equipment, as it goes, crushes all vegetation, which could serve as food for wild animals, in the border areas. According to ecologist Evgeny Simonov, this is especially true for plains and swamps: tanks leave permanent traces there.

"It is like bombing the only store in town. Roe deer and wild boars, for example, will not have enough grass. And it is actually kind of hard to eat when shells are pinging," says Svyatoslav Zabelin, the International Socio-Ecological Union’s expert.

There are no organizations in Russia to help animals suffering from the special operation's consequences. When seeing a wild animal, one needs to contact the environmental services of the city or region, the offices of Rosprirodnadzor (Federal Service for Supervision of Natural Resource Usage) or Emergencies Ministry. There is no need to save them, experts reason. The animals will find a new home for themselves.

"Taking dogs and cats left without owners out of the active combat zone is one thing, trying to help wildlife, which is able to sort everything out itself, is another. Only a specialist will be able to decide whether and how to help a wild animal. Do not engage volunteers: they are usually untrained and can do harm," explains Matyushina.

Consequences for the environment

In May 2022, environmentalists, activists, and journalists created the UWEC International Association (Ukraine War Environmental Consequences Working Group). The organization studies the impact of the military actions in Ukraine on the environment. They believe that these processes are irreversible. Nature is a much more helpless victim of the special operation than civilians, the UWEC Association’s member and Chairman of the Ukrainian Nature Conservation Group's Board Alexei Vasilyuk believes.

“When they say that war leaves a scorched earth, you do not have to imagine a big fire. In fact, everything burns in the acid produced after the explosions.

A handful of earth contains up to 8,000 small organisms, such as soil mites and small worms, who feed the soil. All of them can die instantly," Vasilyuk explains.

According to his Russian colleague, Evgeny Simonov, the areas that came under fire become literally "dead ground", the soil and water there being poisoned. Acid gets into rivers, lakes, destroys aquatic organisms, compounds with clouds, and can fall as acid rain in a neighboring country.

Wind can also carry toxic substances from Ukraine to Russia, Vasilyuk notes. For example, it was blowing towards Russia's regions on March 21, when there was an ammonia leak at a plant in the Ukrainian city of Sumy. The risk of toxic substances being transferred to Russia was particularly high during forest fires in the Chernobyl zone in March, Simonov added.

According to Alexei Vasilyuk, it is the Seversky Donets River’s state that affects the environment in Russia most of all during the special operation. It flows through Belgorod, Rostov, Kharkiv, Donetsk, and Luhansk Oblasts.

"The Seversky Donets is a gorgeous, clean river. With a huge wild valley, old oaks. The only river in Central Europe that experiences high water every spring," says Vasilyuk. "The entire northern combat zone is the Seversky Donets’ basin."

Chemical plants, sewage treatment plants, and warehouses of toxic waste that cannot be recycled have been destroyed on the shore. For example, tanks with chemicals were blown up at the Azot Plant in Severodonetsk on May 31. Tanks with nitric and hydrochloric acid were blown up at the Zarya Plant in Rubezhnoye in early April; and on May 8, the head of Luhansk Oblast reported an oil refinery being repeatedly shelled in Lisichansk.

"It all flows into the Seversky Donets; as a result, it will accumulate in the Sea of Azov, which is common to both our countries. Thousands of its inhabitants may suffer," the expert warns.

"The worst that can happen has already begun and will last for several decades. I really hope that we will live in peace. But we will not stop the consequences," the Ukrainian Nature Conservation Group’s head believes. "The more relevant information about what is happening people have, the faster we will find ourselves in new conditions in which people will stop dying. Then we can figure out how to solve it all together."