Protection of women and nature: activists and educators speak on current ideas of ecofeminism 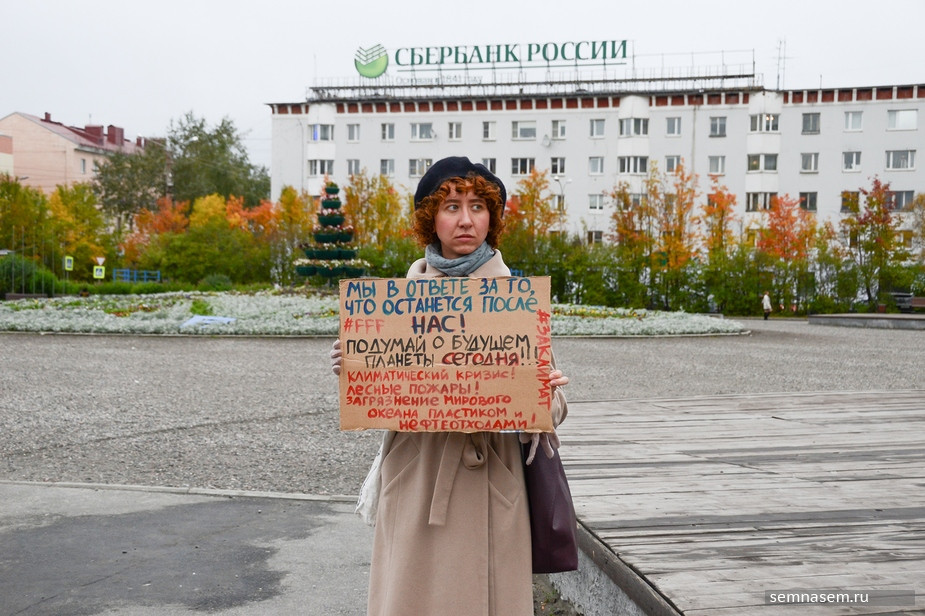 What is the connection between violations of women's rights and environmental issues? Who harms nature more — women or men, individuals or large corporations? And who suffers more from these problems? The third issue of the podcast "Where is Greenpeace looking?", entitled "What is ecofeminism", is dedicated to these questions. The podcast’s host, media coordinator of Greenpeace’s fire prevention program Andrei Allakhverdov, and 7x7’s journalist Maxim Polyakov discussed them with ecofeminist and Greenpeace’s employee Violetta Ryabko, ecofeminist and artist Lyolya Nordik, former glossy magazines' publisher Natalya Chernova and designer Lesya Balashova. The online newspaper publishes the conversation’s main points.

Ecofeminism as a movement and philosophy emerged in 1974. French queer activist Françoise d'Eaubonne suggested then that women organize an ecological revolution to save life on Earth. Today, the ideas of ecofeminism are used in UN's reports and official documents, manifested in the sustainable development goals of UN states, studied by sociologists.

Ecofeminism is a movement across the protection of women and nature

As defined by Lyolya Nordik, "this is the branch of feminism, which focuses on the crossing of the topic of women’s and other vulnerable groups’ rights protection with the topics of environmental pollution and animal rights."

Ecofeminism draws a parallel between the exploitation of women and the exploitation of natural resources. According to Violetta Ryabko, the current ecological crisis is the result of this exploitation. This means that it is pointless to deal with environmental problems and with the protection of women's rights separately, because one cannot be solved without the other. The issue is based on the wrong way of life, which led to the climate crisis and other issues.

Climate crisis is a common concern of mankind

UN’s recent report states that the climate crisis cannot be stopped. Interest in this issue is also increasing ecofeminist audience.

Women are more involved in the environmental movement than men

Violetta Ryabko believes that women more often than men become activists and volunteers of environmental initiatives, more often switch from disposable plastic to reusable bags and containers. The University of Pennsylvania’s study shows that men are less likely to use reusable containers and bags because they are afraid of appearing feminine or homosexual.

"I've lost all my maleness lately, because I go shopping with a string bag," Maxim Polyakov laughs.

"I find it funny, too, that maleness lies in a plastic bag carried by a man from the supermarket," Violetta agrees. "It seems to me that this happens because it is a woman who is prescribed to take care of a family’s needs in society. And this concept of caring, which extends to the whole planet, seems to be connected only with women, and men are afraid to show it."

Although ideas of eco-friendly consumption are more often promoted by women, their partners can willingly accept a new way of life. For example, Lesya Balashova has subscribed to the newsletter of the course "Teper' Tak" (‘this is how we do it now’) and receives an email with recommendations on careful consumption every week. Her partner followed her lead and stopped using disposable bags when shopping and began sorting waste.

Having an environmentally conscious lifestyle, people begin cooking at home more frequently, so they do not order ready-to-eat food packed in plastic, sometimes even independently make cosmetics and household chemicals. The entire burden also rests on women’ shoulders, and the unequal division of household duties in families becomes noticeable again.

Teenagers are more involved in solving environmental problems than adults. Violetta recalls the social phenomenon called, "Greta Thunberg generation" — she is sure that modern teenagers are concerned about environmental issues, in particular climate change, because they understand that they will have to live with these issues in the future. Therefore, they willingly develop eco-friendly habits and accustom parents to eco-friendly practices.

The everyday habits of women and men have different impact on the environment. A study by the Swedish Ecoloop Company, published in the Journal for Industrial Ecology, shows that men generate more emissions into the atmosphere than women. This is due to the fact that men drive cars more often, eat more meat and are less involved in sorting waste, while women prefer public transit system, eat plant foods more often and try to break off bad habits.

"However, it is not necessary to restrict everything to the fact that only men drive cars and eat meat: it has shades of stereotypes, and gender stereotypes are one of the problems that feminists fight with," Violetta reminds. "The society discusses both the individual impact to the climate crisis and the impact of corporations and states. Of course, you need to start with yourself. It is strange to eat beef burgers every day and say that the state does nothing to save the planet. One can reduce waste, eat less meat, but not only individuals are responsible for the climate crisis. We need measures at the level of business and the state."

Fashion for overconsumption is related to women’s rights and ecology

There are still strong beliefs in the society that it is women who are responsible for overconsumption: they buy more fashionable clothes, cosmetics and unnecessary things. However, this point of view is outdated. Even glossy magazines, which used to encourage women to buy as much as possible, now publish materials about an eco-friendly lifestyle and careful consumption. Natalya Chernova recalls how the 1990s became the age of mass consumption, and today's glossy magazines seem to be afraid of losing their well-established audience if they state that people should reduce consumption.

"It's time for fashion magazines to start talking about problems that concern many people, if not their entire audience," Violetta believes. "When we talk about readers who have a certain lifestyle associated with consumption, we are talking about only one segment of the audience. But it is also women who work at garment factories, and their rights are violated by long shifts. These factories produce non-ecological clothing using chemicals and are responsible for many environmental issues."

Research shows that teams of people with diverse experiences solve issues more effectively, as they often find non-obvious solutions. Among other things, gender influences this experience. Unfortunately, the authorities that influence decision-making are still predominantly represented by adult white men whose combined life experience is limited. At the same time, more progressive decisions on climate issues are made in the power structures where women are members.

The reports of various researchers show that the climate crisis will have a stronger impact on women, since the majority of poor people in the world are women. They have fewer money savings than men, their salary is 30% lower than men's salary (with the same position and function), so environmental disasters cause them more damage. Lyolya Nordik says that the same applies to the ability to run fast, overcome fear, calculate their movements in an extreme situation: women are more likely to die from natural disasters than men.

Living in a better future requires dialogue instead of blame game

"But when it comes to eco-friendly consumption, one group, for example, men, cannot be stigmatized. We shall continue talking about the problem, looking for a solution, but it should not be a conflict with attacking ecofeminists, men, other groups. We have to sit down and talk, because the dialogue is what changes the situation."

"We need other worldviews, moving away from the concept of a man being the king of nature to partnerships. People should take care of nature just like they take care of each other," Violetta agrees with him. "The main thing is that everyone should be ready for dialogue and start thinking about the consequences." 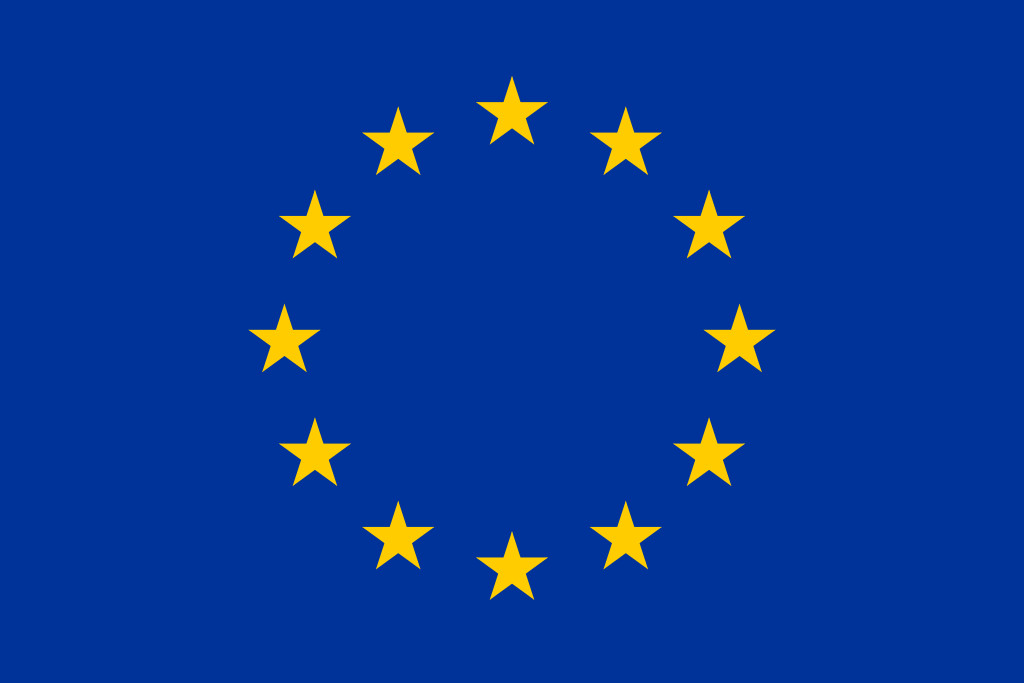