On guard for cleanliness. A story of a shop assistant from Syktyvkar who became a local superhero 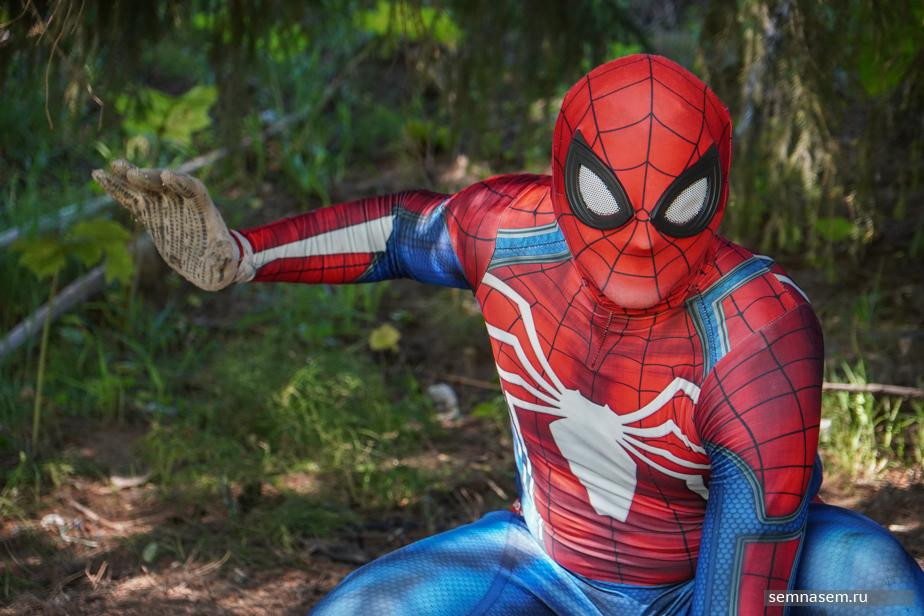 Shop assistant Alexander Chepurko from Syktyvkar has been fighting against illegal dumps for more than eight years. At first, he tried to make officials solve the problem, but quickly realized that this method was ineffective and took matters into his own hands. The resident of Syktyvkar has been transforming into Eco-Spider-Man and picking up garbage in the town and its surroundings in his spare time for the last two years. Read 7x7’s review to know how Alexander Chepurko discovered his "superpowers", whether cleaning up in an unusual suit is convenient, and what residents of Syktyvkar say about his hobby.

Who is hiding behind a superhero’s mask

Alexander Chepurko has been dealing with pollution in Syktyvkar and its surroundings for almost eight years. At first, he would find landfills, analyze their composition, make a map, send the received data to officials, and ask them to pick up garbage. But, according to him, it was not successful.

"I wear a suit while cleaning up to attract the attention of our town’s population and visitors to the problem of illegal dumps," Chepurko told 7x7. "People told me to forget about it, that it was not my job and concern. But years passed, and the problem still remains. Finally, I decided to take up this issue myself. "

Then he began cooperating with All-Russia People's Front; he still joins its raids sometimes. And later there was a protest at Shies, after which activists began uniting in environmental communities. Among them are communities "For the Clean North" and "The Save Pechora Committee" on vk.com. Alexander has conducted more than 80 environmental raids and cleaned up more than 100 illegal dumps together with the activists within two years.

That was Chistoman (chisto — 'clean') who inspired Alexander Chepurko to conduct environmental raids wearing a Marvel Comics superhero’s suit. This is a project from Chelyabinsk; its author has been picking up garbage in public spaces in a superhero’s suit since 2015. The resident of Syktyvkar liked the idea, so he decided to develop it in his hometown.

"I chose a random suit. An old partysuit simply caught my eye. Now I have five Spider-Man’s suits: two for cleaning up in town, two — in the open, and a spare one. At first, it was hard to clean up wearing it, but I managed to adjust soon," the activist said.

According to him, town residents often think he is an entertainer, greet him, and want to take a photo together. 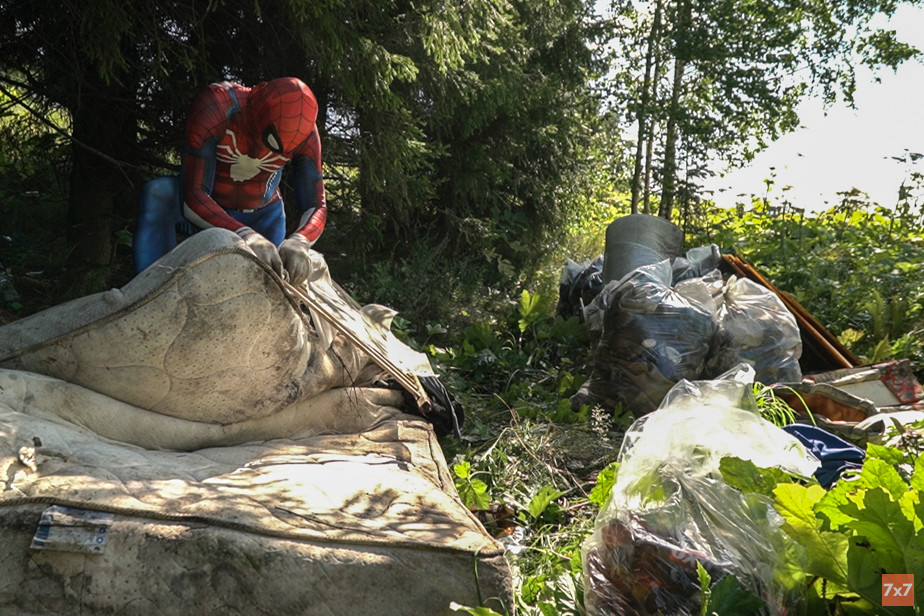 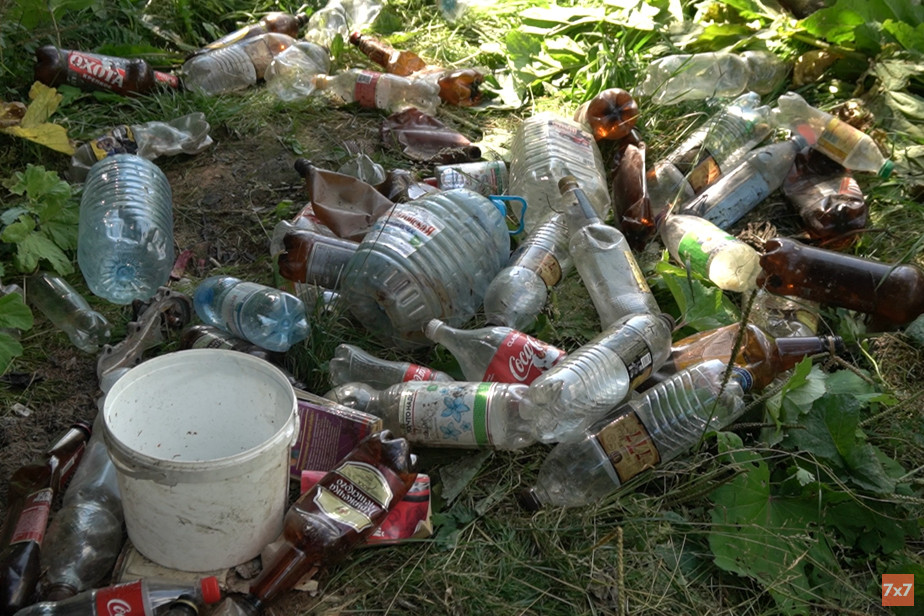 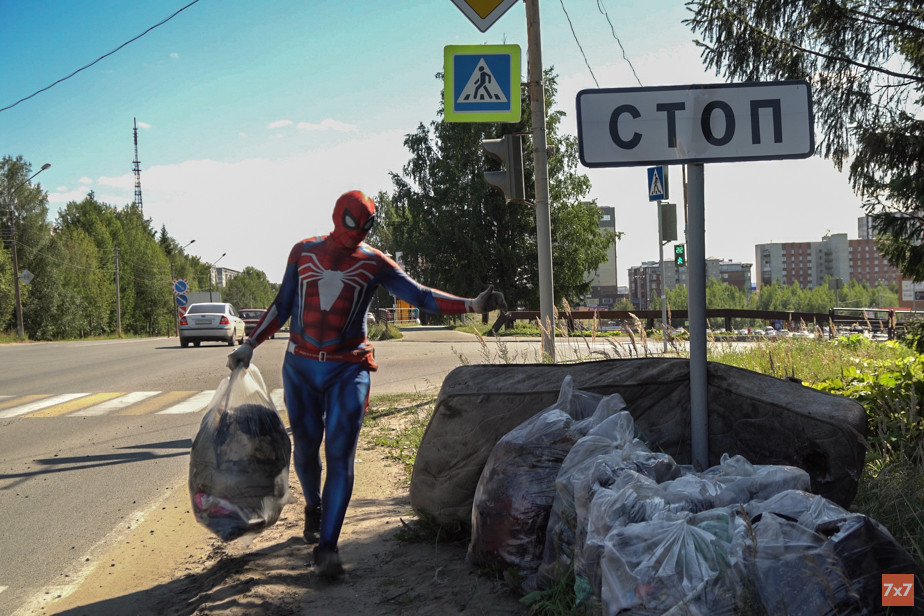 In 2021, the pick-up-garbage season began for the Syktyvkar superhero in mid-April.

"I go out for cleaning up every weekend and on holidays, but sometimes an evening walk also bears fruit. On average, I collect from 40 to 100 bags of garbage per raid," Chepurko reported.

According to Chepurko, townspeople have different responses to the idea: some like it, and some call him nuts, but there has been no negative response yet. The activist’s friends and colleagues support him. They help bring garbage to container yards and for recycling.

"I separate garbage during raids. Cardboard, PET bottles, glass, and metal go either to the Komiekovtor Сompany or to the PVS Recycling Company. They come and pick up the garbage. My friends also can take everything to the ecocenter in Dyrnos, a microdistrict of Syktyvkar," the resident of Syktyvkar said.

During one of the last raids, Alexander collected 87 bags of garbage on the heating main at the Kochpon boarding school in Severnaya Street. The superhero focuses on both public spaces, for example, Kirovsky Park, and places of possible garbage accumulation, such as a ravine near the Yugor Hotel in Kutuzov Street.

However, the activist also works outside Syktyvkar. In August, he is going to pick up garbage in the district of Stroitel’ in Ezhva. The activist publishes reports on what is done in the Let's Make the Town Cleaner Community. 442 people follow him already. Alexander Chepurko hopes that his example will be able to develop the habit of cleanliness in citizens.