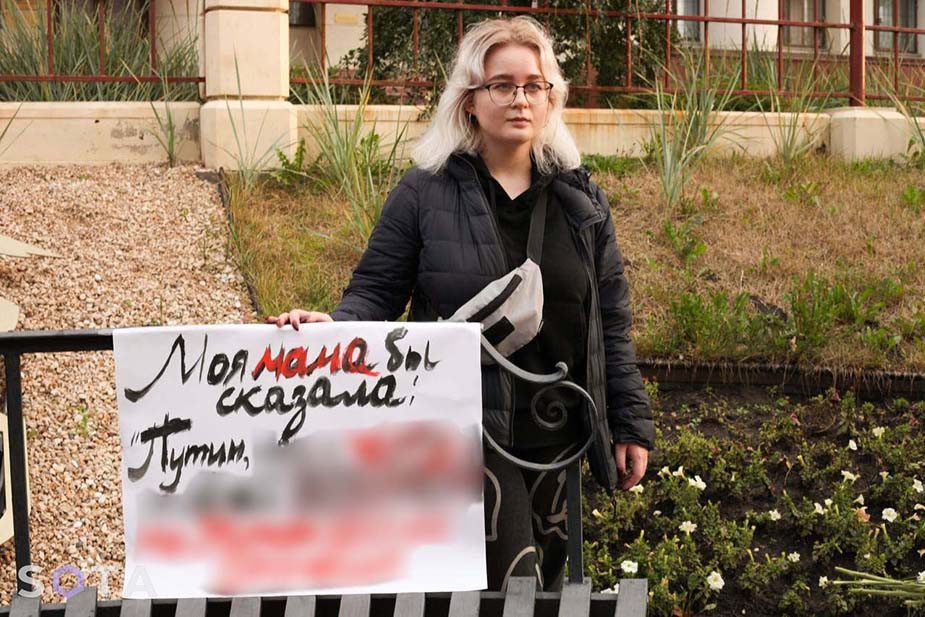 Nizhny Novgorod District Court fined Margarita Murakhtayeva 30 thousand rubles under the article on discrediting the military (Article 20.3.3 of the Administrative Code of the Russian Federation). On October 4, the young woman came out with an anti-war poster on the second anniversary of her mother's death. Murakhtayeva wrote about the court's decision on Facebook*.

Margarita Murakhtaeva's poster contained things that her deceased mother and journalist Irina Slavina from Nizhny Novgorod could have said about the military actions in Ukraine.

"During these almost two months, I lost my job, received a barrage of criticism, lost hope that I have a future in this country, but I did not regret saying what I said for a minute," Murakhtayeva commented on the court decision.

Irina Slavina, editor of the independent Koza Press Media Outlet in Nizhny Novgorod, set herself on fire near the local police building on October 2, 2020. Before her suicide, she wrote on Facebook* that she was asking to blame the Russian Federation for her death. The day before, the security forces searched her in the case of cooperation with the Open Russia Organization and seized her equipment.

In mid-October, Slavina's son was mobilized. According to Murakhtayeva, her brother did not serve in the military, and recently he had a child. The summons was handed over to him on October 13; on October 15, he was supposed to be sent to Dzerzhinsk, and then to Kostroma.