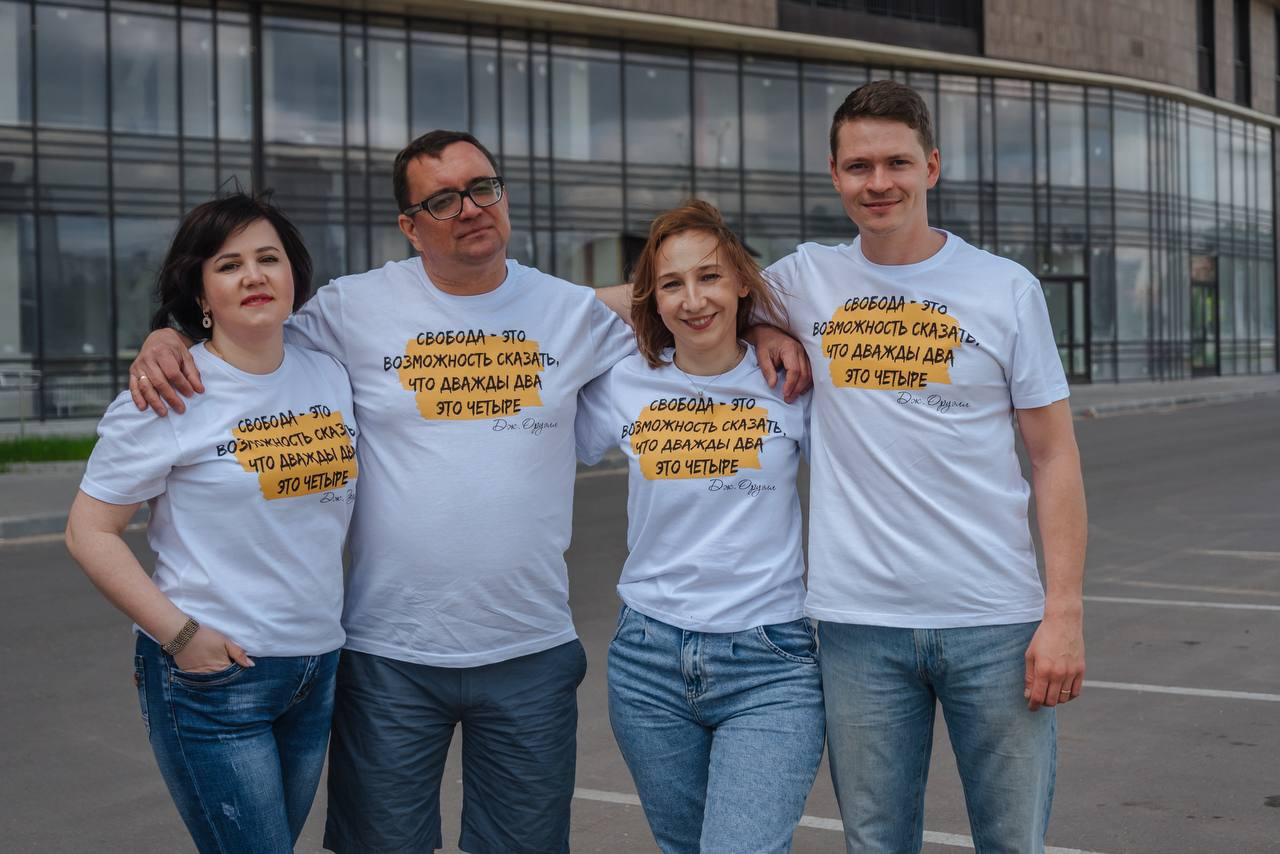 In Ivanovo, social activists decided to draw attention to the restriction of freedom of speech in Russia and started wearing T-shirts with a quote by George Orwell from 1984, "Freedom is the freedom to say that two plus two make four." Lawyer Anastasia Rudenko told 7x7 about the campaign.

The lawyer told 7x7 that the T-shirts with the quote had been sewn by her friend, who had also taken part in the performance. She is a fan of the book "1984" and was inspired by the dystopian books’ distribution event, which had been held by Anastasia Rudenko and businessman Dmitry Silin.

"We plan to wear such T-shirts all the time. I will even go to court in it, it looks good with a jacket. We are looking at people’s reaction for now, then we will decide exactly what to do with the T-shirts," the lawyer said.

Information technology businessman Silin and Rudenko started holding distribution events at the site of three Ivanovo universities after the special operation began. They gave away more than 600 books to the residents of Ivanovo: 1984, Animal Farm by George Orwell, and Hadji Murad by Leo Tolstoy about the Caucasian War. Activists spent about 100 thousand rubles on them.

Dystopias against state propaganda. In Ivanovo, activists gave away books by Orwell to change people's attitude to the special operation in Ukraine

Early in the morning of April 26, the police came to search the apartment where Dmitry Silin was registered. He learned about it from his son. Neighbors told the security forces that the businessman did not live at the registration address, and they left. Rudenko linked the search to a criminal case on vandalism in Shuya: in March, unknown people wrote the phrase, «No [Roskomnadzor]» on the local administration’s wall.