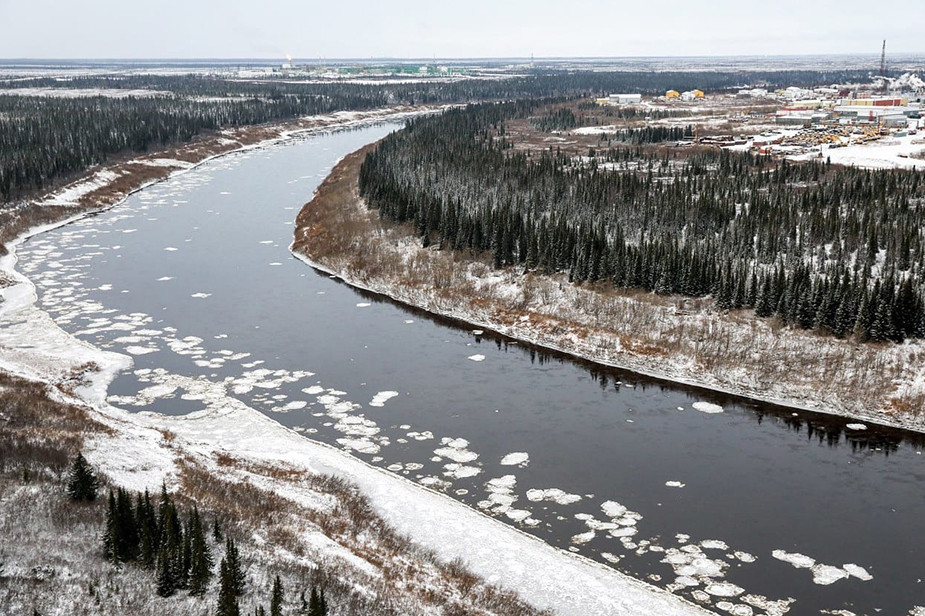 The Naryan-Mar City Court of the Nenets Autonomous Okrug (NAO) has fined the acting tool-pusher of LUKOIL-Severneftegaz’s commercial oil transportation party for 240 thousand rubles. He has been found guilty of spilling petroleum products into the Kolva River in 2020. The court’s press relations service reported that.

The contamination was caused by a leak at an inactive oil pipeline of the Kharyaginsky Oil Field in the Nenets Autonomous Okrug (NAO) in the autumn of 2020. The court has found that the acting tool-pusher violated the procedure for cleaning one of the oil pipeline section's elements, approved by the oil producing organization. He gave his subordinates instructions that led to an oil spill.

According to the court, the oil spill has caused serious consequences to the Russian Federation and the Kolva River in the amount of 24 million rubles.

On October 17, 2020, the Save Pechora Committee reported an accident at an inactive oil pipeline of the Kharyaginsky Oil Field. The LUKOIL-Komi company, which includes LUKOIL-Severneftegaz, informed the regional Ministry of Emergency Situations about the 0.9-cubic-meter spill at the field. 15 hours later, the administration of the city of Usinsk in the north-east of the Komi Republic imposed a municipal-level emergency mode due to the spill of petroleum products into the Kolva River, which is located on the border with the NAO. The Investigating Committee’s Directorate for Arkhangelsk Oblast and the NAO opened a criminal case under the article on violation of the rules for environmental protection during the performance of works (Article 246 of the Criminal Code) on the incident.

There was a second oil spill in Kolva on May 11, 2021. The Head of the Nenets Autonomous Okrug Yuri Bezdudny said that the oil gathering main of one of the Oshsky Oil Field’s wells had been the source of pollution. The Head of Usinsk in Komi Nikolai Takaev imposed an emergency mode in the city. After that, LUKOIL-Komi voluntarily paid more than 130 million rubles for river pollution.