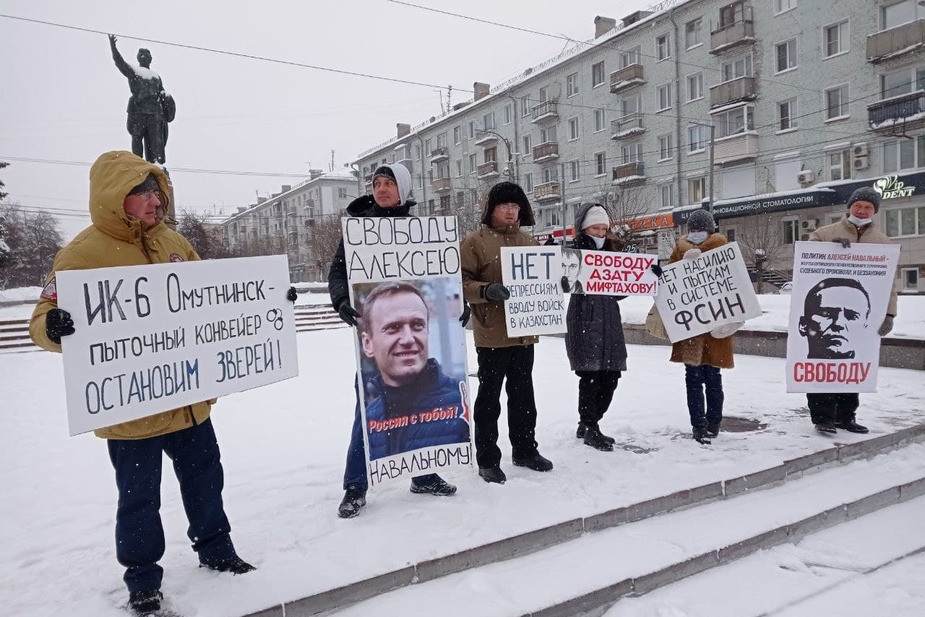 Picket in Kirov against torture, political repression and military intervention in Kazakhstan
Photo of the civil society support group

Residents of Kirov have held a mass picket against political repression and military intervention in Kazakhstan. Activist Vadim Ananyin reported this to 7x7.

A mass picket against torture and political repression was held in Kirov in Oktyabrsky Avenue on January 6. Activists stood with posters, "Freedom to Alexei Navalny!", "No violence and torture in the penitentiary system", etc.

In particular, the picketers opposed the introduction of Russian troops into Kazakhstan, where citizens are protesting against the current government and the increase in prices for liquefied gas. The rally in Kirov was held without detentions.

Residents of the cities of Zhanaozen and Aktau in Mangystau took to the streets en masse, calling on reducing fuel prices in Kazakhstan on January 2. On January 4, the protests affected other regions and escalated into a clash with security forces. People demanded the resignation of Nursultan Nazarbayev, the first president of Kazakhstan. In the morning of January 5, President Zhomart Tokayev dismissed the government and instructed to introduce state regulation of prices for liquefied gas and gasoline for six months, and in the evening, he headed the country's security council. Until that day, Nazarbayev was its president for life.

On January 6, the Collective Security Treaty Organization's (CSTO) countries sent troops to suppress the protest in Kazakhstan. Russia has sent 3 thousand troops to the country, Belarus — 500, Tajikistan - 200, and Armenia - 70. Kyrgyzstan has not yet sent its military to Kazakhstan.