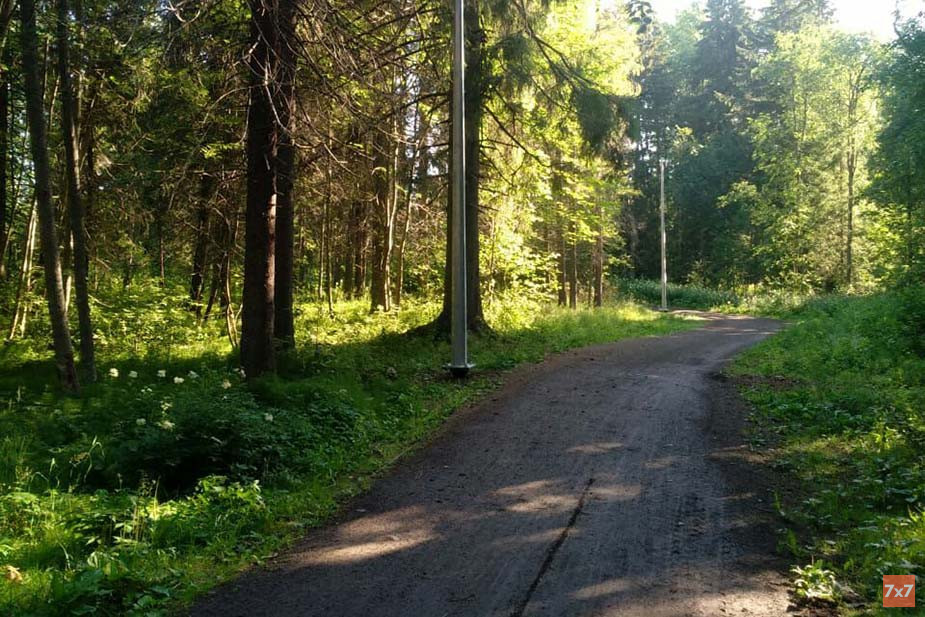 Deputy of the Legislative Assembly of Karelia Evgeny Ulyanov found out that the local authorities had not included an access road to a winter sports cluster in the general plan of Petrozavodsk. He appealed to the prosecutor's office with a demand to cancel the results of the competition for its construction. Officials plan to build the road instead of the Zelyonaya Tropa (‘Green Path’) Alley. Local residents opposed this initiative. Activist Daria Kalikina told 7x7 about this.

Communist Party’s deputy Evgeny Ulyanov checked the results of the tender for the construction of the access road to the winter sports cluster in Petrozavodsk and found out that the object was not indicated in the general plan of the city. He asked the prosecutor's office and the antitrust authority to check the competition’s legality and cancel its results.

Meanwhile, local residents and activists opposed the construction and logging on the site of the Zelyonaya Tropa Alley, where officials are going to build the road. There is a path along the Lososinka River there now, where residents of the city walk and cyclists ride. Social activists have launched a petition on the Change.org Platform and plan to meet with the Head of Petrozavodsk Vladimir Lyubarsky on December 27.

“This site is located in the center of four large city neighborhoods, it is like the park in the center of New York — it is unique. Mothers with wagons and pensioners with pole walking sticks walk along the path, people go skiing there in winter. But people are more outraged by the fact that nobody asked their opinion again,” eco-activist Daria Kalikina told 7x7.

Mayor of Petrozavodsk Vladimir Lyubarsky wrote on vk.com that "it was impossible to do without the organization of access roads," but the bike path would remain there. According to Kalikina, residents do not want to breathe exhaust fumes and are afraid that trees will be cut down.

Karelian environmental defenders had managed to save the Yamka (‘hole’) Park from mass logging. They fought for the Kamenny Bor (‘stone forest’) Urban Forest, where the authorities decided to build a kindergarten, for a long time. But most of the trees were cut down, and the kindergarten has not yet been opened.

There is still confrontation between activists and officials in Volgograd Oblast. The authorities want to build a speedway through the Volga-Akhtuba Haugh, a natural park where Red Book birds and animals live. It is under UNESCO’s protection. For more than a year, local activists and environmental defenders from other cities have been trying to find an alternative place for the speedway’s construction.