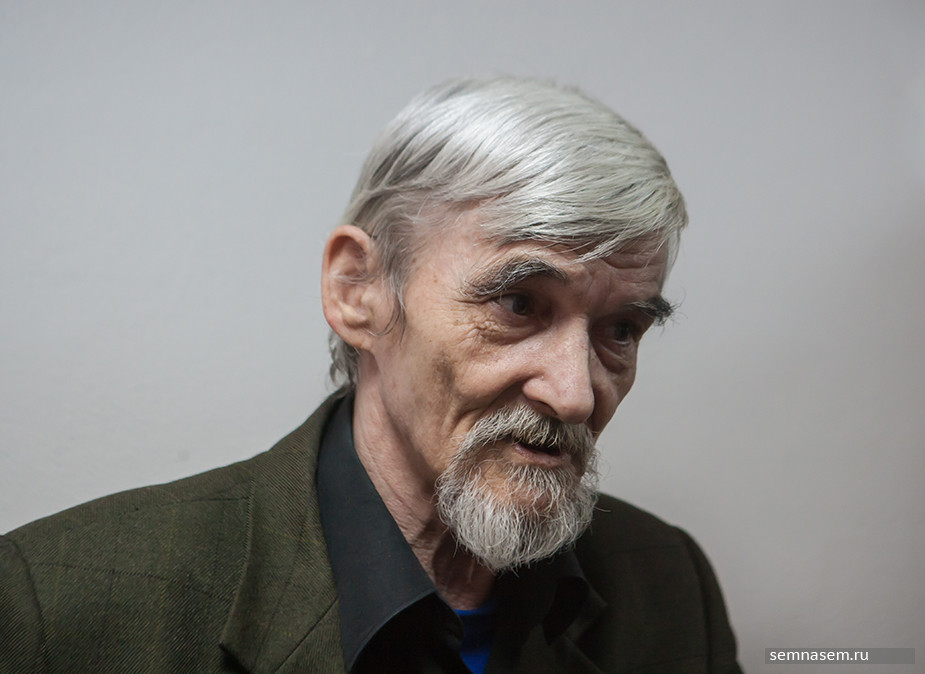 The Prosecutor's office of Karelia has demanded increasing historian Yury Dmitriev’s term of imprisonment in the case of pedophilia. The Head of the Karelian Memorial* was detained in December 2016 and accused of taking pornographic pictures of his adopted daughter. In September 2020, the Supreme Court of Karelia sentenced the historian to 13 years in a high-security prison. Interfax reported this with reference to Roman Masalev, the defendant's lawyer.

The arguments of the prosecution and defense party in historian Yury Dmitriev’s case have started in the Petrozavodsk City Court. He is charged with production of child pornography, lewd act and illegal possession of weapons.

This is a retrial of Dmitriev's case. In September 2020, the Supreme Court of Karelia sentenced the historian to 13 years in a high-security prison for sexual assault against a minor.

Dmitriev researched mass-casualty burials in Karelia since the 1980s; in 1997, together with representatives of the St. Petersburg Memorial*, he discovered Sandarmokh, one of the largest burials of victims of Stalin’s terror.

Dmitriev was arrested in December 2016 and accused of taking pornographic pictures of his adopted daughter. The historian pleaded not guilty. He explained his actions by the fact that he had to keep a health journal of the adopted child, who needed extra care, control of physical development and health condition after the orphanage.

In April 2018, the Petrozavodsk City Court acquitted the historian of production of child pornography and possession of weapons and found him guilty only of illegal possession of weapon parts. During the case's retrial in July 2020, the court in Petrozavodsk sentenced the historian to 3.5 years in a penal colony under the article on sexual assault against his adopted daughter (paragraph "b" of Part 4 of Article 132 of the Criminal Code of the Russian Federation). The court acquitted Dmitriev under the remaining articles.

The Memorial* Human Rights Center recognized Yury Dmitriev as a political prisoner in 2017. According to the organization, Dmitriev's persecution has a political motive and is aimed at stopping his activities on the immortalization of victims of Stalin's terror. In addition, lawyers of the Memorial* Human Rights Center filed a complaint against Dmitriev's sentence with the ECHR.