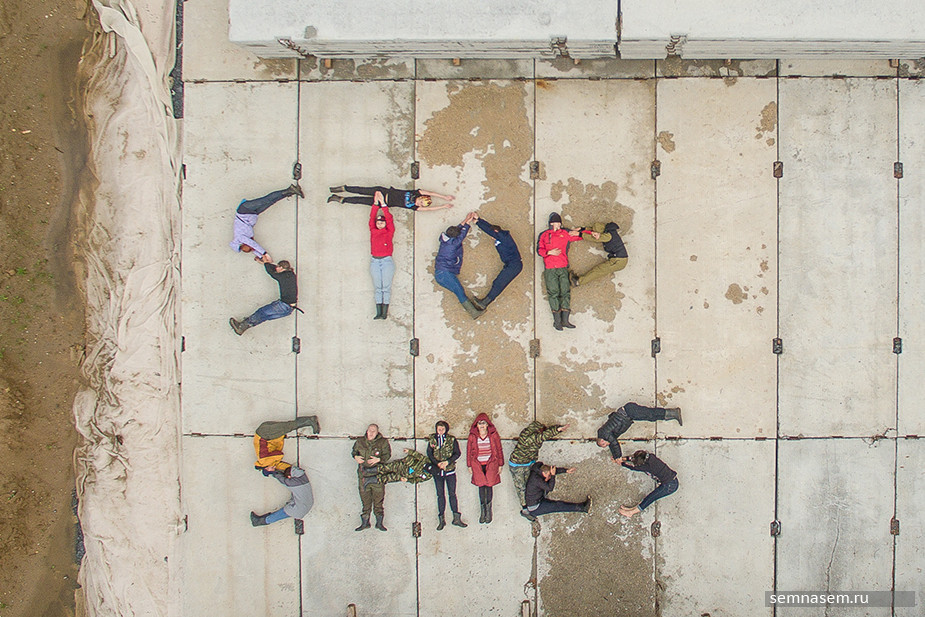 Anna Shulyatyeva, a documentary photographer from Arkhangelsk Oblast, and Natalia Beshkareva, a journalist from Komi, have started a fundraiser to create a photo book about Shies. In it, activists will talk about the eco-protest’s history and those people who defended the station from the construction of a landfill. The project’s authors reported this on the Planeta.ru Crowdfunding Platform.

The project’s authors, Anna Shulyatyeva and Natalia Beshkareva, want to document the main points of the activists' fight against the construction of a landfill. In the book, they will collect photos and notes made by the defenders of Shies during the protest. The photographer and journalist are sure that the documentary history of the two-year fight should not disappear on the Internet.

“People have been hunting, fishing, and picking mushrooms here for decades. Mountains of waste and poisoned rivers would face them. Thousands of requests to departments, rallies and observation posts became part of the fight against the landfill. Guards and police were posted against the defenders of Shies. Administrative cases were opened against them. The protest lasted for more than two years, and activists were able to stop the construction. The station is undergoing reclamation. It was possible to achieve this because people came together,” said one of the project’s authors, Anna Shulyatyeva.

The co-authors of the photo book are seven activists and photographers who took photos of the events at Shies between 2018 and 2021: Nikolai Viktorov, Alexei Bilko’v, Sergei Antufyev, Gintaras Shlekta, Viktor Kokarev, Dmitry Stepanovsky and Kirill Shuchalin. They took more than 100 photos from the environmental protest. According to the activists, the photo chronicle was supplemented by eyewitness accounts and reflections on how the construction of the landfill changed the consciousness of northerners.

To create a photo book, activists need to raise 360 thousand rubles. Raised funds will be used for proofreading, layout creation, paper, printing, mailing and profits tax payment. The project’s authors are going to release 300 copies of the photo book.

According to the activists, their future readers are those who follow the development of civil society in Russia. The book is also for those who supported and defended Shies.

The protest against the construction of a landfill at Shies is one of the vivid examples of how civil society can unite in Russia. After the victory at the station, activists have created various projects that perpetuate the memory of the protest against the landfill and talk about an eco-friendly lifestyle. For example, the station’s defenders have opened a museum of the history of fighting against the construction of a landfill in the village of Urdoma, Arkhangelsk Oblast. The museum's visitors can see badges, mugs, T-shirts with symbols of the protest at Shies, flags, handmade dolls of protesters. The documents of those events include the originals of cases initiated by the police against activists and the old timetable of trains passing by Shies.

Activists of Shies Dmitry Sekushin and Maria Chernykh have created a free online platform for buying and selling eco-friendly goods and services — Natural Market. According to the project's creators, it is important to promote sustainable consumption and an eco-friendly attitude to life.