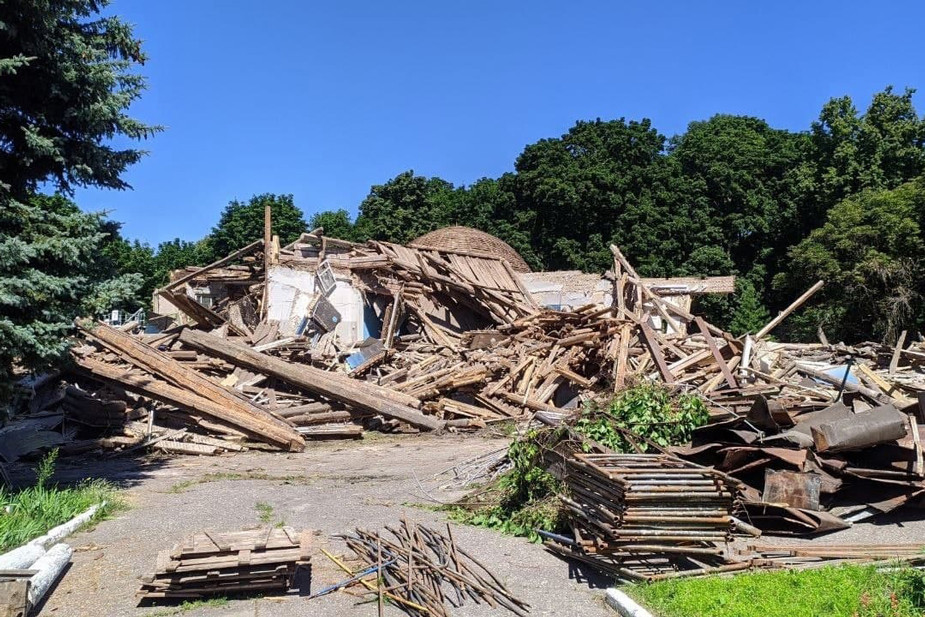 A vote has started on the Heritage Bandar-log Negative Award's website, during which Russians are going to choose those who, in their opinion, have caused the greatest damage to the cultural heritage of Russia. The website contains 27 stories from 15 regions, including Penza, Kirov, Novgorod, Smolensk, Voronezh and Murmansk. It is planned that there will be 31 stories like that in total. The event’s organizers announced this.

This is the first time the negative award is given in this field. The Kul’turny (‘cultural’) Front Civic Movement initiated it. Officials from different regions of Russia, including Moscow Mayor Sergei Sobyanin, were among the nominees. He can claim the victory in the Ignoring the President Nomination for not fulfilling the head of the country's instructions to create a Center of National Literatures on Tverskoy Boulevard.

The administration of Smolensk, "for the city center’s reconstruction without attention to the archaeological heritage", and the administration of the Borovichi District of Novgorod Oblast, "for long-term inactivity" in the maintenance of a storm water drain of an arched bridge, built in 1905, are represented in the Under-Beautification Nomination.

The Restalyans Company, which allowed the destruction of a stucco during the restoration of the Cathedral of the Transfiguration’s bell tower in the village of Slobodskoy, Kirov Oblast, and the Pribrezhnyi (‘coastal’) Company, which was nominated for the collapse of the monument to the submariner heroes in Murmansk Oblast, will compete for the victory in the Under-Restoration Nomination.

Officials and entrepreneurs from Penza Oblast, who demolished the world's only wooden planetarium, and the Vybor-Sever (‘choice-north’) Company, which destroyed the bakery plant’s old buildings in the center of Voronezh, have become nominees for the Vandal of the Year Nomination.

The vote’s results will be announced on December 1. When deciding the winners, the organizers will also take the opinions of 15 experts in the field of cultural heritage protection into account. According to one of them, lawyer Ekaterina Vaneeva, they plan to make this award regular and constantly update the register.

Nominees can be proposed on the Heritage Bandar-log Website until November 28. The negative award’s organizers will invite historic preservation activists from different regions of Russia to the ceremony of announcing the voting results. Representatives of 25 regions and republics have already agreed to participate.

The problem of preserving the historical heritage of the city exists in many cities. For example, a whole historical quarter burned down in Orenburg on August 14. The fire destroyed two town mansions built in brick style at the turn of the 19th and 20th century and a mansion with a mezzanine, which is recognized a cultural heritage site of regional significance. Architect Alexander Alekseev created a project of a square in the place of burned houses. However, there was no response from the authorities.

In Petrozavodsk, the second floor of a pre-war shed in the city’s historical quarter burned down. The administration planned to demolish it in 2019, but activist Vasily Kalyuta ensured that the quarter was included in the list of discovered cultural heritage sites and began restoring the sheds together with his son. He appealed to the police, being sure that the building was burnt down on purpose.