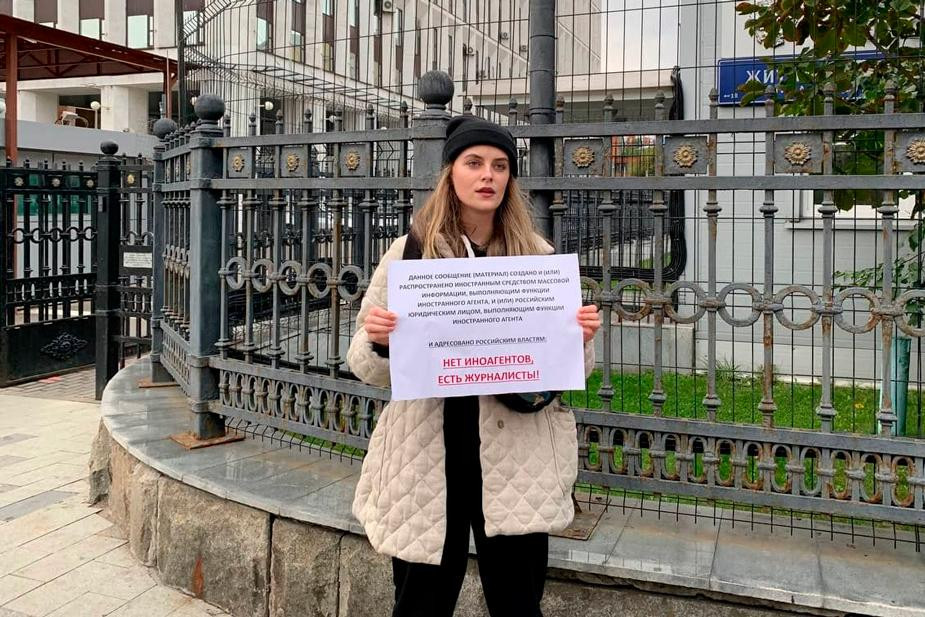 One-person pickets against the law on foreign agents in Moscow
Photo by Dima Shvets. Source: Mediazona

Russian independent media started an action in support of foreign agent media. They published banners saying, "There are no foreign agents, there are journalists" on their websites and in social networks. Representatives of the media community made a statement that the law on foreign agents hindered the legitimate work of journalists and demanded its repeal.

The mass action of the Russian independent media began on September 8, on the International Day of Journalists’ Solidarity. During the day, media representatives accompanied materials on their websites and posts in social networks with text boxes similar to those that foreign agent media and journalists who have been granted this status are forced to use. More than 40 Russian media outlets joined the action, including Mediazona, TV Rain*, Meduza*, The Bell, 7x7, Novaya Gazeta, Bumaga (‘paper’), OVD-Info, Kholod (‘cold’), Vaznye Istorii* (‘important stories’), and others.

According to journalists, the law on foreign agents works to destroy corporate media and helps the authorities put pressure on independent authors. Media representatives demanded that the authorities eliminate the register of foreign agents and undesirable organizations, as well as abide the law on mass media and other laws of Russia that guaranteed freedom of speech.

At the end of the action, journalists of independent media held one-person pickets at the Ministry of Justice in Moscow. According to Novaya Gazeta, the police detained three authors of Vaznye Istorii* Irina Dolinina*, Alesya Marokhovskaya*, and Polina Uzhvak.