LUKOIL pays compensation of 374 million rubles for an oil spill in Komi, ecologists estimating possible damage at one billion 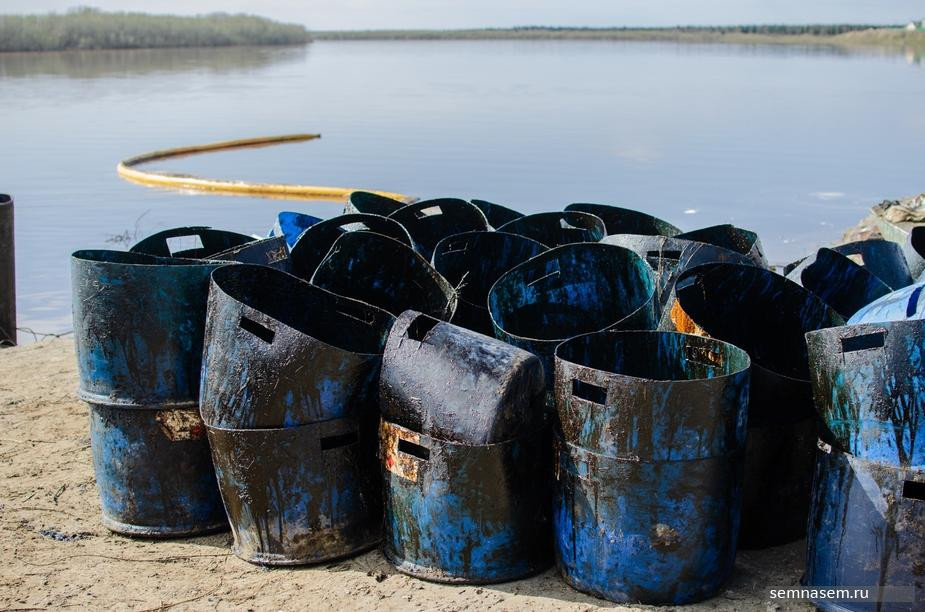 The LUKOIL-Komi Company has voluntarily paid more than 374 million rubles for an oil spill in the Kolva River in May 2021. Then, according to the company, about 100 tons of oil spilled onto the ground, 9 having got into the water, due to a pipeline break. However, eco-activists claim that the oil workers have underreported the volume of spilled oil. Vladimir Chuprov, the Project Director at Greenpeace in Russia, estimates the possible damage at 1 billion rubles. He reported this to 7x7.

Svetlana Radionova, the head of Rosprirodnadzor (the Federal Service for Supervision of Natural Resource Usage), said on Instagram on September 1 that LUKOIL-Komi paid 374 million rubles for damage caused to nature by the oil spill at Oshsky Oil Field. According to her, the company is still remedying the consequences of the accident. Radionova added that "fighting for the Arctic nature's preservation was everyone’s task including the state, the public, and truly responsible subsurface users."

Vladimir Chuprov, the Project Director at Greenpeace in Russia, commented to 7x7 that the Federal Rosprirodnadzor's handling of this issue indicated greater attention to the accident. In his opinion, officials could not ignore the oil spill, since it occurred at the beginning of Russia's chairmanship in the Arctic Council.

Vladimir Chuprov pointed out that the residents of Komi had seen oil slicks in the river and alongshore hundreds of kilometers from the spill site. He assumed that officials and LUKOIL’s management could have underestimated the accident’s real scale. The ecologist estimated that only 500 to 800 tons of oil could have got into the water, oil workers having reported only 9.

"Let’s say, 500 to 800 tons of oil got into the water, then the damage to nature would be more than one billion rubles. This is a significant amount for LUKOIL, which has quarterly profits exceeding 15 billion rubles. But the compensation of 375 million rubles is unlikely to affect the company's environmental policy," Chuprov commented.

According to the ecologist, it is necessary to know the calculation formula used by Rosprirodnadzor in order to understand the damage to nature. However, it is not publicly available. Vladimir Chuprov called on officials to publish this data for specialists.

"In order to make a difference, we need annual billion-ruble penalties for oil spills or a number of inspections that would lead to the company having an administrative drive to change. If the amount of compensation for damage is equal to the amounts of investment programs, then companies will begin to change their environmental policy," Vladimir Chuprov added.

In May, the authorities of the Komi Republic imposed a regime of emergency in two districts and the town of Usinsk due to an oil spill at LUKOIL’s Oshsky Oil Field. The oil got into the Kolva, Usa, and Pechora rivers. The company reported a spill of almost 100 tons of oil, 9 tons having got into water bodies.

The Save Pechora Committee’s activists considered that the oil workers had possibly underestimated the figures at least four times. With the help of Moscow scientists, journalists found out that the hazardous substances concentration in the Kolva was 500 times over the limit. The activists organized their own independent inquiry of the incident.

Vladimir Uyba, the head of the republic, compared himself to President Vladimir Putin at a meeting with local residents living in the oil spill’s area.

In July, the court fined Yunis Zarifullin, the head of LUKOIL-Komi’s department, for 14 thousand rubles for failure to meet the demands of rules regarding prevention and liquidation of emergency situations after an oil spill in the Nenets Autonomous Okrug on the border with Komi.