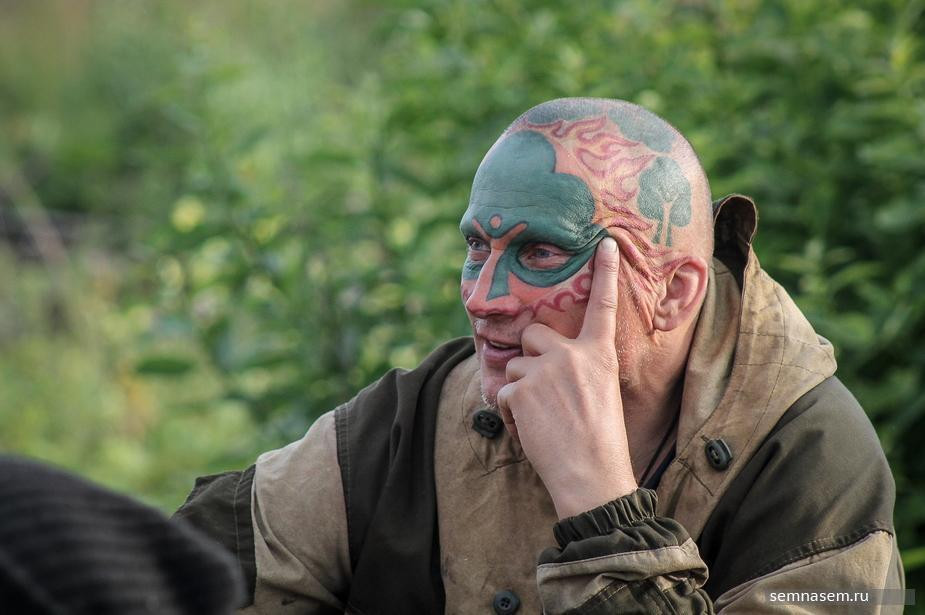 Andrei Khristoforov, a performance artist and defender of Shies known as Drevarkh Prosvetlyonnyi (‘The Enlightened’), is detained in Russia and taken to Arkhangelsk. Novaya Gazeta reports that, citing its sources.

Updated on August 16. The preliminary investigation in the criminal case on an attack on a police officer, initiated against Andrei Khristoforov, has been resumed. The activist has been sent under house arrest. The press relations service of the Investigation Department of the IC of Russia for Arkhangelsk Oblast reported that.

The press release states that Khristoforov had been hiding from law enforcement agencies for more than two years. The investigators sent more than 20 international instructions to locate him. As a result, they reached out to the activist using social networks and, "having established psychological contact with him," convinced him to return to Russia.

Andrei Khristoforov said the day before that he had crossed Russia's border and surrendered to the authorities. He spent two years in Ukraine seeking asylum after being charged with assaulting a police officer in Russia.

In the summer of 2019, at the height of the protests at the Shies station, in which the activist took part, a criminal case was opened against Khristoforov under the article on the use of violence against a representative of power (Article 318 of the Criminal Code). According to investigators, he tasered a police officer who tried to detain Drevarkh for triggering an emergency brake valve and stopping a train near the Shies station in the Lensky District of Arkhangelsk Oblast. Khristoforov claimed that it was he who had been beaten.

The activist left Russia in September 2019, violating travel restrictions; he was put on the federal wanted list. However, this summer, he said that he intended to return to Russia and surrender, since his family remained back home.

Protests against the construction of a landfill for the import of waste from Moscow at the Shies station (the border of Arkhangelsk Oblast and the Komi Republic) took more than a year and a half. Activists fixed a tent camp and organized a round-the-clock watch to prevent the object’s construction. At the same time, large-scale protests were held in several cities and towns of Arkhangelsk Oblast and the Komi Republic. As a result, the Technopark Company has withdrawn from building the object, having promised to reclaim the territory by the summer of 2021. According to activists, the last construction equipment left Shies on August 11.