In Arkhangelsk, artists who organized a street art exhibition in a cowshed were beaten up 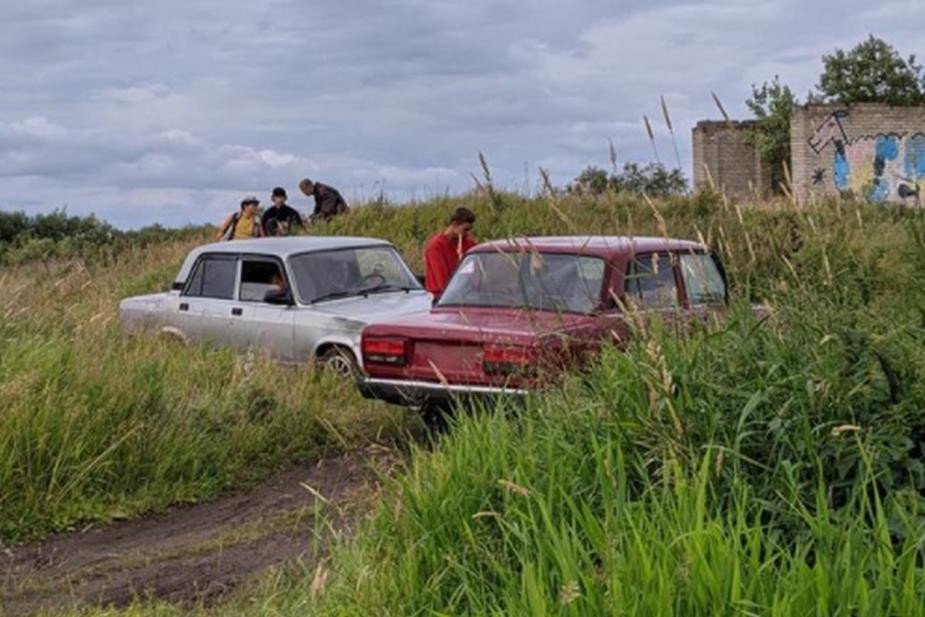 A street art exhibition called Korovnik (‘cowshed’), organized by artists from Arkhangelsk on an abandoned farm on Kegostrov on July 24, ended in a mass brawl with local residents. Witnesses of the conflict have shared several videos of the brawl on Instagram. Asya Fomina, a participant of the exhibition, told 7x7 that the brawl had had no serious consequences; however, the reasons for it remained unknown.

Local artists Victoria Markova and Tigran Kostan had an eye on an abandoned cowshed on Kegostrov in the city of Arkhangelsk since last year. They wanted to equip an outdoor territory, where it would be possible to create art objects, not limited to the gallery.

"The exhibition did not have a single outline, and art objects were mainly made out of improvised thrown-out things," Victoria Markova explained. "A story has been created. Everything we saw was saturated with the motif of a cow, a mother and the forces of nature."

The exhibition, consisting mainly of street art and installations, was prepared within a week, and it was at that time when local young people started showing not very friendly curiosity about it.

"They came to ask what we were doing here. We paid no attention to it," Asya Fomina said. "And yesterday, three cars and several motorcycles arrived during the exhibition, they just drove into the cowshed, into the exhibition space, stood there demonstratively, as if they were silently intimidating us, and left. There were 15 of them by the end of the exhibition. And when most artists had already left for the last ferry, the locals drove into the cowshed and began shouting for everyone to leave and threatened to beat us up. Those who were still in the cowshed ran to the ferry. But there had already been locals on the pier by that time. Our guys were trying to get on the ferry. A brawl started. No one understood why. The locals had bats and sticks; they were throwing bottles. Some of our people had to jump on the ferry as it was already leaving. We fought back successfully. Some of us took a beating. They were beaten until they bled, and one person had his head smashed with a bottle. But there were no serious injuries in general."

Victoria Markova noticed that a year ago, when artists had come to an abandoned farm in a narrow circle, painted on the walls and sat around the fire, none of the locals had shown interest in them. This time, in her opinion, it was just circumstances.

"I think, this was mainly the twist of faith. Alcohol plus misunderstanding. The locals started behaving aggressively only at the very closing of the exhibition. They destroyed art objects, behaved inappropriately," Victoria commented. "We wanted the cowshed to become a place for artists to come and continue drawing it all over, so that it could live and breathe its life. But it is still unclear what will happen next. But we are thinking of organizing face control at our events of this format from now on."

As the 29.ru portal reported with reference to the press service of the Ministry of Internal Affairs’ Directorate in Arkhangelsk Oblast, the brawl is being investigated, an appeal has been registered, the participants of the conflict are being identified. Two people applied to a first-aid post — one has a bruise, the second was pepper-sprayed.