In Arkhangelsk, soloist of band Slyozy Orlova and two other activists detained after rally on the single eco-protest day 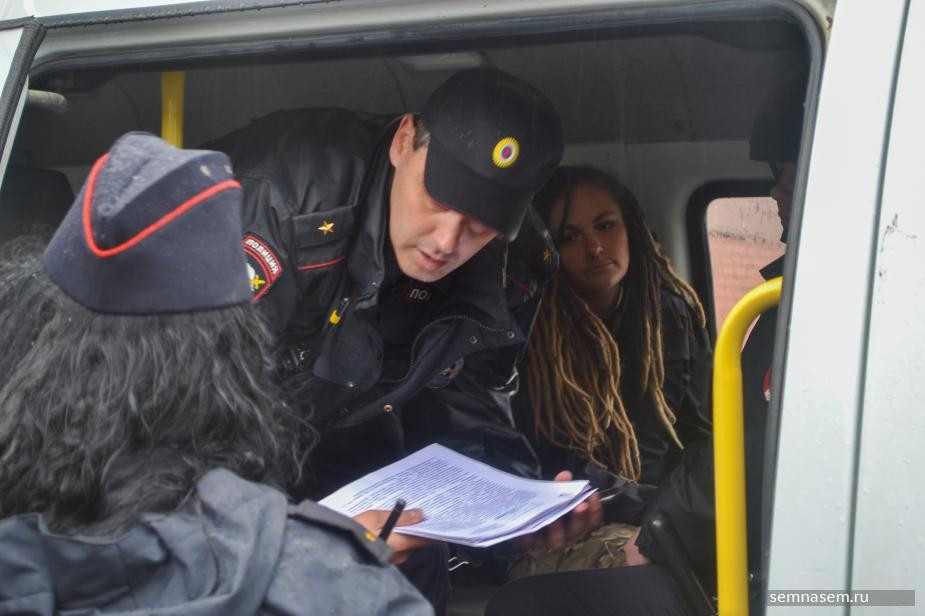 Police detained member of band Slyozy Orlova (Orlov’s Tears) Elena Fokina after the rally in Arkhangelsk against the landfill construction at station Shies. The reason for the detention was the administrative case about her participation in unauthorized rally on April 7, 2019, reported the correspondent of "7x7". Another environmental action was held in Arkhangelsk on the single day of protest on September 22.

Soloist of band Slyozy Orlova Elena Fokina was detained during a coordinated rally in the neighborhood of Solombala. During the arrest, the police used force and people in special equipment dispersed the protesters. Fokina was reported for participation in unauthorized action on April 7, when protesters gathered on a rally (it hadn’t been coordinated with the authorities) and marched along city streets. Activist Elizaveta Hatanzeyskaya was detained together with Fokina.

Before the rally, police detained another activist, Yulia Chapurina: she stood at the frames and counted those who came, she is also accused of participating in uncoordinated march on April 7.

After the rally, police tried to detain activist Yakov Smirnov, but they were unable to catch up with him.

Addition. Assistant to the organizer of rally Alexander Peskov told the correspondent of «7x7» that, according to the activists counting participants of the action, about 5 thousand people attended rally on September 22.

Several thousand participants attended unsanctioned rally on April 7 after a statement about opponents of the landfill, made by the Governor of Arkhangelsk Oblast Igor Orlov: he called eco-activists "shelupon’" (trash, garbage). In total, 47 residents of Arkhangelsk have been sued for the action on April 7, participants of the rally and march have been fined for more than 1,7 million rubles.