What is a modern blogger’s profile? The results of 7x7 and Bumaga’s study on media literacy 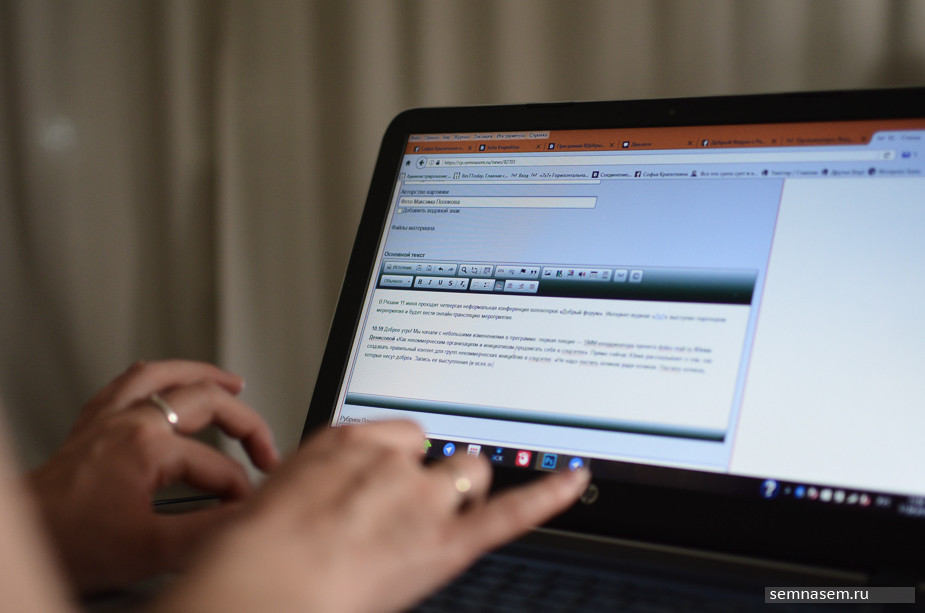 7x7 and Bumaga have conducted a large study within the framework of the We Are All Media Project, in which they tried to find out what modern bloggers were like. The journalists spoke with 12 authors who write texts, make videos and record podcasts on various topics: from paleontology to local history. Read 7x7 and Bumaga’s study to learn how they choose topics for publications, whether they check facts and how they communicate with their subscribers.

In this study, 7x7 and Bumaga have made a profile of a modern blogger. The study involved 12 authors who blog using different platforms: Telegram, Instagram, Yandex Zen, TikTok, YouTube and their own websites. The projects are dedicated to regional media, the Russian North, travelling, paleontology and books. It shows how bloggers create content, how and why they interact with subscribers, what sources they rely on when preparing publications, how they check information — and how much, in their opinion, the audience trusts them.

Most bloggers who participated in the study admitted that they were guided by their own hobbies when choosing topics for publications. Of the 12 informants, eight started their blogs because they were interested in some topic — and wanted to share the information they found.

For two people, blogs have become their signatures — a way to attract new customers. Only two informants — an author for a regional media outlet and the creator of a blog about ethnic identity — said that they had started these projects to meet the audience's request.

As a rule, bloggers do not try to keep up with the news agenda. Only two informants — working in a regional media outlet and keeping a blog about Moscow and St. Petersburg — said that their projects functioned, among other things, as aggregators of stories from the media.

When choosing a topic, 11 out of 12 informants rely on their own principles. Some deliberately do not rewrite press releases of the authorities and do not cover crime. Some authors try to avoid topics that may offend a part of the audience or threaten their safety.

Authors do not try to be unprejudiced, but they are attentive to fact-checking

The study’s informants admit that they do not strive for complete impartiality. First, in their opinion, they are engaged because they blog on a certain topic in the first place. And secondly, there can be no complete objectivity in personal blogs.

Two informants said that they are still trying to separate the facts — for example, news — and their own assessment. So, a regional media outlet’s blog, personal opinions are expressed in a separate section.

The authors say that they necessarily check facts. Judging by the results of the study, the depth of information verification also depends on the platform that hosts the blog. The authors of Telegram channels prepare publications based on scientific articles, rely on primary source materials: official websites and personalities, provide hyperlinks in posts. At the same time, TikTok and Instagram users usually find information from one-two sources or even Wikipedia enough for their publications.

Sometimes bloggers make mistakes in publications — but this does not bother most informants. They emphasize that they do not try to function as experts — but only share the information they learn.

The authors admit that they are not always willing to make corrections. Some informants rank mistakes according to the degree of significance and believe that, for example, it is not necessary to correct grammar. And the possibility of correcting factual shortcomings depends on the platform. On TikTok, neither a video, nor its caption can be edited — so a blogger who made a negligible error in a figure, most likely, will not delete the post.

At the same time, some informants noted that a subscriber who pointed out a mistake should definitely get a response — in comment section or direct messages.

According to the study, it is important for the bloggers to know who follows them: depending on this, they can adjust the way they present the material. For example, a paleontologist blogger who works with several platforms presents information on TikTok in a simplified form, because there are more young people among his audience there.

Due to the specifics of the platforms, it is sometimes difficult for the bloggers to understand who follows them. One of the respondents said that he had to view user accounts and read their comments in order to get an idea about his subscribers. Another informant researches her audience using surveys. Another blogger sends a welcome message to his new followers on Instagram to learn about their interests and social characteristics.

The way the bloggers interact with subscribers directly depends on the platform. In Telegram, the authors create chats under channels. On Instagram and TikTok, some bloggers prefer to respond to all comments, while others choose only the most informative ones.

On Yandex Zen, the bloggers try to maintain a positive relationship with the audience: according to them, if a publication gets a lot of dislikes, the algorithms will show it to a smaller number of subscribers.

According to the study, the bloggers mostly create projects based on their personal interest: they choose themselves what information to broadcast and in what form, and they rarely start from the preferences of the audience. Nevertheless, the bloggers take the interests of their readers into account and, depending on this, they can adjust the way they present information.

The authors determine themselves which sources are considered reliable. For some, these are professional media outlets or materials from archives. For others, these are websites that do not seem suspicious. Some are ready to refer to Wikipedia, and some use it exclusively as an aggregator of links to useful materials. But most study participants somehow have media literacy.

Who conducted the research and how

The study was conducted with the help of expert interviews. The bloggers were asked 20 questions from four thematic blocks: first they were asked to tell about their project and positioning, then about strategies for working with content, interaction with the audience and compliance with cybersecurity.

The study's authors emphasize that the sample of experts could be biased because many of them worked in the media and have skills of searching for information and verifying it. The study mainly involved bloggers for whom monetizing the content is not the main goal.