Which media do users trust and how do they verify information? The results of 7x7 and Bumaga’s research on media literacy 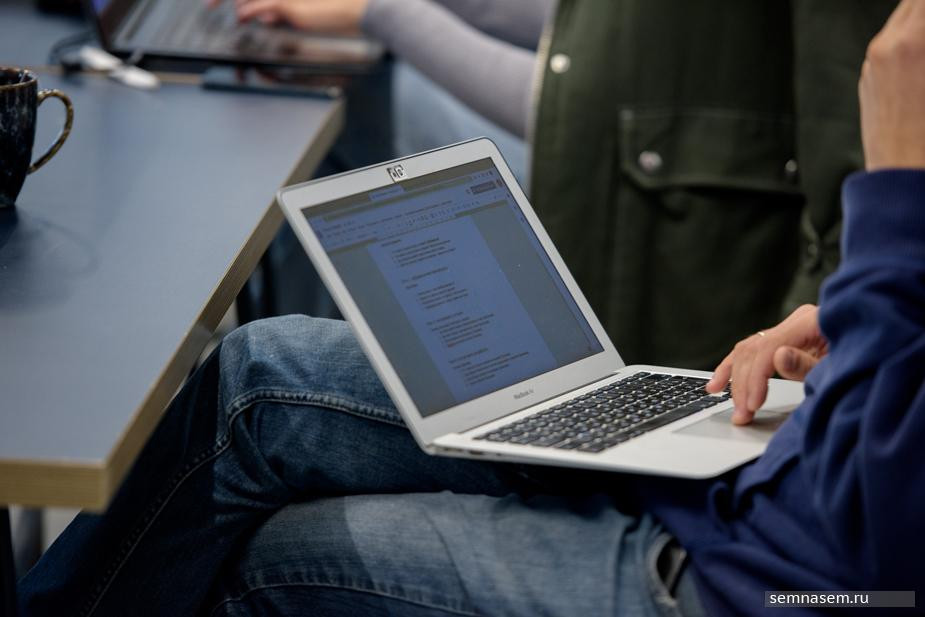 The 7x7 and Bumaga (‘paper’) Media Outlets have studied the Russian Internet users’ media literacy by surveying their audiences within the framework of the We Are All Media Project. A social research helped to find out which media and bloggers the readers trusted, how they verified information, and what they knew about legal liability on the Internet. More than 850 people have participated in the survey. According to the research, the users consider bloggers to be more independent than media. In addition, the audience prefers to unsubscribe from a media outlet if it publishes unreliable information, but appreciates it when journalists admit their mistakes. Read 7x7's summary of the research to learn about media's credibility, information hygiene, and personal data protection.

Who conducted the research and how

The research used an online survey — Bumaga and 7x7 published it. The questionnaire had three thematic blocks: about media literacy and the practice of media consumption, as well as a block of socio-demographic questions. The survey was conducted from May 4 to May 24.

The study involved 859 people from 60 regions of Russia: 520 readers of Bumaga and 339 readers of 7x7. However, researchers emphasize that the sample was random and most of those surveyed were from St. Petersburg and Moscow.

The research is dedicated to media literacy; the audiences of two online media outlets, Bumaga and 7x7, participated in it. It shows how the users maintain information hygiene in the media landscape, whom they trust more and why, and what they know about legal liability for publications, as well as what difference they see between media and bloggers.

Most read and watched media

More than half of Bumaga’s and 7x7’s readers do not watch TV, do not listen to the radio, and do not read print media at all. Online media are the most popular resource.

More than 50% of respondents use news aggregators, blog platforms, streaming services, and podcasts with varying frequency. But less than half of the respondents read web forums and image boards.

Bumaga’s and 7x7’s readers are most interested in content related to a news agenda. Popular science, political and socio-economic analytics are also popular. The audience is less interested in personal stories, lifestyle, and entertainment, although such content is also popular.

Online media, video platforms, social networks, and messengers that are most frequently used by 7x7’s audience (ascending; as %) 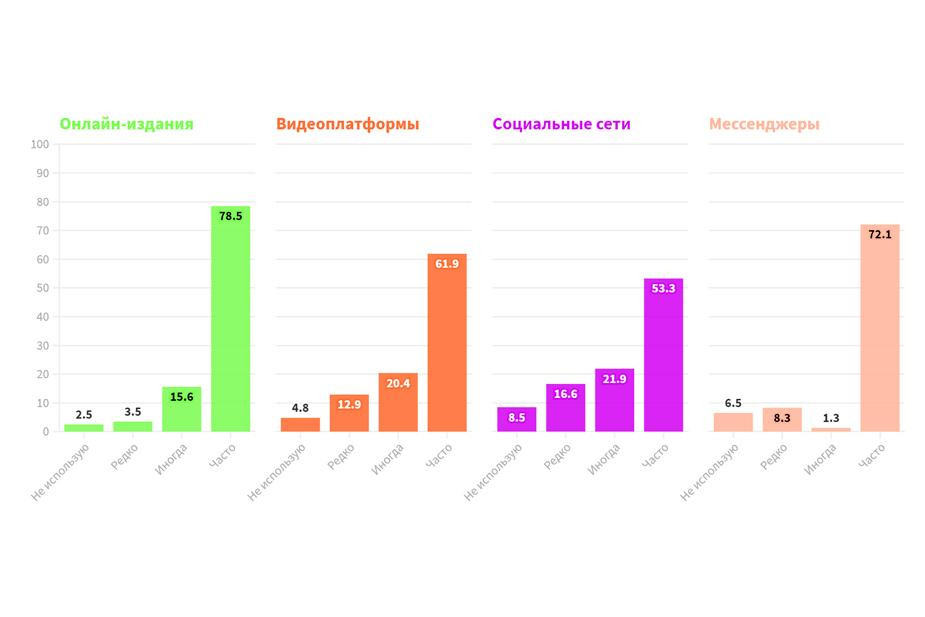 Online media, video platforms, social networks, and messengers that are most frequently used by Bumaga’s audience (ascending; as %)

About half of the respondents noted that they preferred impersonal, more objective communication. Less than a third of them likes personalized communication.

Researchers asked the respondents to name the reasons to unsubscribe from a media outlet. For more than 70% of readers, the main reason was publishing misinformation. The respondents are also ready to unsubscribe because of boring content, high-pressure advertising and spam, or if their opinion differs from the outlet’s.

At the same time, according to the audience's majority, bloggers actually give more honest and truthful information and are less dependent on business and the state.

N. B. 81 people mentioned Pivovarov among their favourite bloggers, without specifying whether they meant Alexei or Andrei Pivovarov. Bumaga did not take these votes into account when making the list.

Whom people trust more and why

The respondents were asked how they would verify if a piece of news received from one of their friends in social networks was true. The majority replied that they would first pay attention to the publication's source and also check whether the text contained a link to the primary sources, figures, and authorized opinions. Some take news in dependence to a text’s style and comments from other users.

If a piece of news raises doubts, four out of five respondents will try to verify the information using official sources. Two-thirds of respondents will check what experts say on the topic.

Readers mostly tend to trust media that have their own subject and editorial board; more than 70% of respondents share this opinion. But a particular media outlet’s credibility consists of several factors. The most important things are providing links to the primary sources in materials, the ability of journalists to admit their mistakes, a fluent Russian language, the reflection of different points of view and expert opinions.

The audience also trusts thematic blogs, although the readers often describe their attitude to them as "I rather trust". The same attitude applies to experts' or famous people's pages, but the official websites of organizations have lover credibility. Even less people trust what their friends post in social networks.

How the users ensure their security on the Internet

More than half of the readers believe that they are less liable for a content on their personal pages than media. Respondents' opinions about whether posts in social networks can lead to a law violation divided: 15–20% said yes, the same number said no.

In general, Bumaga’s and 7x7’s audiences understand how personal data protection on the Internet works — less than 20% admitted that they did not use any tools. About half of the respondents also noted that they checked accessibility setup on their pages and where they submitted their personal data. A much less popular methods of protection are performing antivirus check on devices, using a VPN, and regularly deleting browsing history.

The respondents have shown a high level of media literacy. They are able to evaluate news critically, check them using primary sources and expert opinions, tend to trust traditional media with editorial boards more. The issue of sources' credibility is very important for the readers and sometimes becomes a reason to unsubscribe.

The survey participants value impersonal communication; they prefer a more analytical approach. At the same time, the Russian Internet users like personalized communication — they prefer platforms with a feed customized for a user.

The readers trust mass media more than bloggers, because they believe that the former bear greater legal liability and maintain occupational standards. At the same time, the audience considers bloggers to be more independent.