"There is not enough educational literature in the Udmurt language — it seems to be a calculated government policy." Czech PhD student who left Russia tells why he has allocated a grant for writing a book in the national language 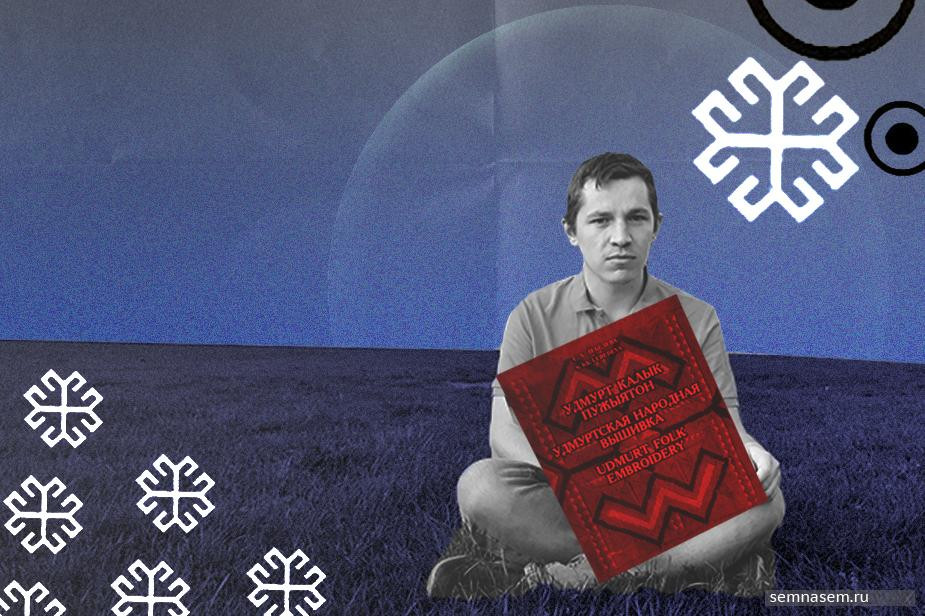 PhD student of the Brno University of Technology, Czech Republic, Alexei Gerasimov left his hometown Izhevsk, Udmurtia, six years ago. The young man was interested in learning the Udmurt language back at school, but he dreamed of moving to Eastern Europe and chose the Czech language. He rediscovered Udmurt while living in the Czech Republic. Gerasimov started taking courses and reading books to realize that there was almost no non-fiction in Udmurt. That is why he has started a project, called "I want to read" in Udmurt, and announced the allocation of a grant of 300 thousand rubles for writing an educational book in Udmurt. He explains why there must be a book in the national language and what kind of book it should be in a conversation with 7x7.

How are you related to Udmurtia?

I come from Udmurtia. My grandmother spoke Udmurt, my mother only understands it, but they kept me away from the Udmurt language, believing that I would have problems with Russian or English because of it. Back at school, I would take Udmurt dictionaries and ABC-books from the library, and everyone I knew looked at me with wide eyes. I started taking courses of Udmurt at Izhevsk State Technical University, but then I started studying Czech.

My dream was to move to Eastern Europe. There were Czech language courses at IzhSTU, and it was easier to continue studying at the Brno University of Technology than  anywhere else. I finished my master's degree here. Now I am, in plain language, a postgraduate student at the Department of Structural Mechanics. I develop probabilistic methods for building structures reliability evaluation.

Do you plan to return to Russia?

Only force majeure circumstances may bring me back to Russia.

Why did you become interested in Udmurt culture again?

Surprisingly, I rediscovered Udmurtia when I left there. I looked at it from the outside and saw a completely different republic. I saw that there was an Udmurt social life and met many people at second hand through the Internet, about whom I had never heard before. It turned out that the Russian culture meant nothing to me, did not attract me in any way, and was alien to me, while the Udmurt culture heartened and brought joy to me. Thanks to this stupid bacillus [the coronavirus pandemic], Udmurt courses began to be conducted online, so I have made huge progress in studying within the last two years.

How did you come up with the idea to publish a book in the Udmurt language?

There is very little educational literature in the Udmurt language, and it seems to be a calculated government policy. But I suffer because I cannot reinforce Udmurt the way I can do it with other languages. This is my main interest — supporting someone else's mental work and at the same time improving my language skills to the level of fluent reading. I have no other benefits in my studies or career.

I have a double motivation. On the one hand, as some representative of the academic sphere, I value mental work more than any other. On the other hand, the only way to learn languages for me as an introvert is reading books. When you learn something unknown in a new language and then there is some field of expertise that you know best, you think in a new language's glossary specifically in this field. That is how I learned Czech and English. I have already read more books in Czech than in Russian in my entire life.

What can this book be about?

I would prefer some technical book with formulas and diagrams on as much "hardcore science" as possible. But I understand that a book, for example, from the leading edge of quantum mechanics would be counterproductive (I also want to learn something from the book). A book may explain any section of university mathematics with a couple of chapters, it may be about the design of cold-air units, programming in Rust, or, for example, it may be a course on Photoshop for beginners. It may be dedicated to the theory of state and law or how to become a leader, but only if there are no other options.

There are, for example, translations of Udmurt National Embroidery and Udmurt National Clothing into the Udmurt language. It might seem to be not very close to mathematics and mechanics, but there is a beautiful and detailed analysis of the elements of clothing, patterns, what, where, how and at what age people wore; I would also be happy to support this kind of books — on the understanding that the topic of Udmurt national clothing and embroidery is already occupied. There must be something else. 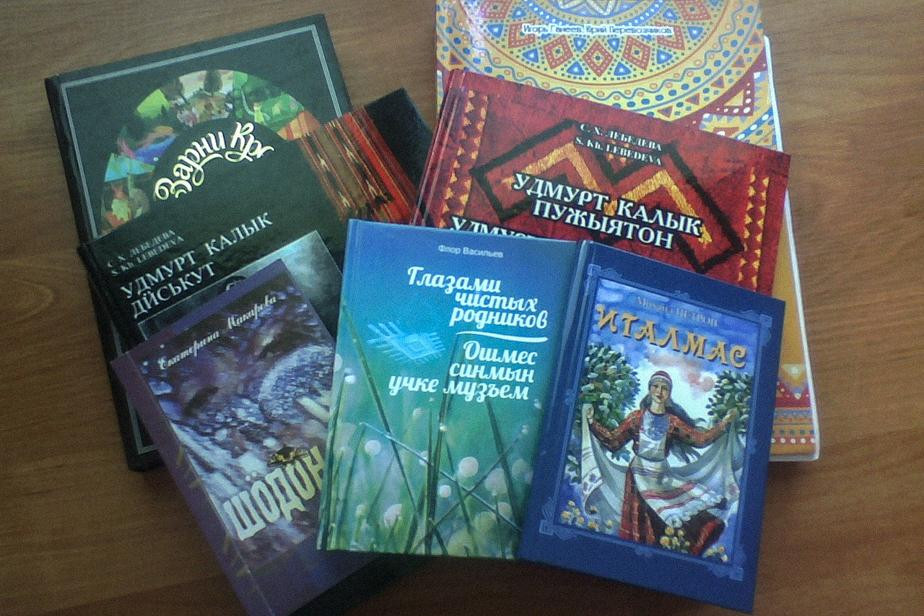 Fiction and non-fiction in the Udmurt language 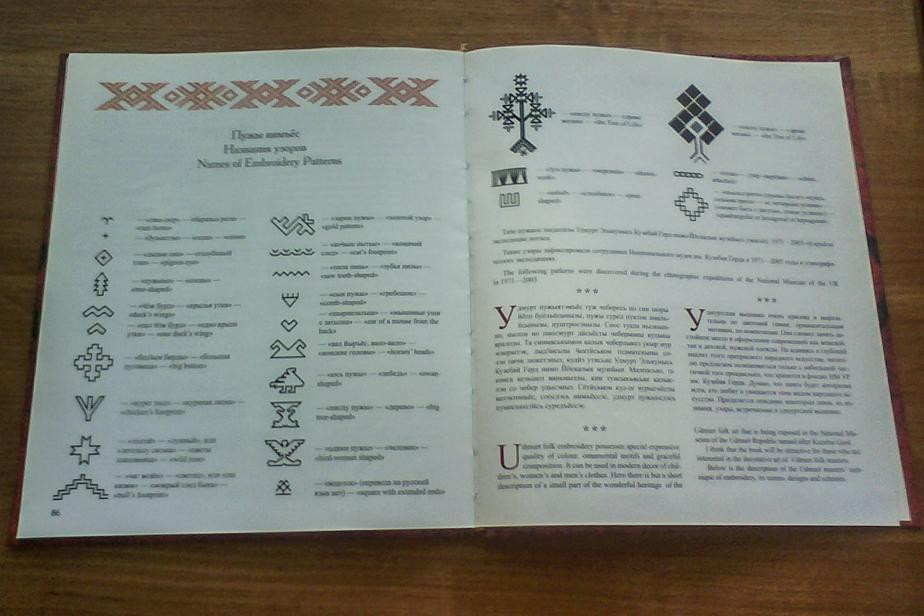 The book about Udmurt national embroidery

Why did you decide to allocate 300 thousand rubles for writing a book?

Because I can spare 100 thousand korunas for a book in Udmurt. This is quite a bit, just three average monthly salaries in the Czech Republic. No one in the Czech Republic is going to write a book for this price. I see that what 300 thousand rubles mean depends on where you live. I recall the situation in Udmurtia and say to myself that 300 thousand was a certain amount. I could see it as a side job. It is clear that this is not much for Moscow, but in Germany, this money would not cover even the cost of coffee. It is possible that the authors should also show some volunteerism, but I would like the author to be rewarded for his work, when it comes to my initiative.

Has anyone already applied for the contest?

There has been no applications yet. I think that there will be some, as it usually happens, closer to the deadline. I hope that the target group already knows about me. There are likes from those whom I wanted to agitate; I see reposts in communities dedicated to Udmurtia. But it is all silent for now. My task is to get into the bracket of a dozen applications.

Do you believe that the project will be successful?

I hope so. My personal criterion of success will be a finished good book in Udmurt. I would like to set a certain precedent.

The contest rules require the content of a book in the Udmurt language to be entirely new and one-piece. The book should also not be fiction, but it may be popular science, a study guide, an outlet about work or hobbies. Only applications in the Udmurt language are accepted. Gerasimov himself will choose one or two winners, who can get a grant of up to 300 thousand rubles. Applications are accepted until June 15. The PhD student will put the books in the public domain. Follow the link to learn more about the terms and conditions of the contest.